Deadpool Avoids the Usual Marvel Video Game Route, And Is All The Better For It 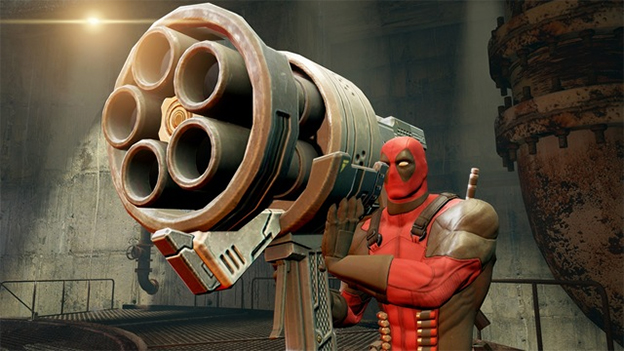 Isn't it funny how seriously comic book video games are taken these days?  Sure, they're just about perfect in tone, like with Batman: Arkham City's dramatic storytelling and The Amazing Spider-Man's movie-like tone.  But, for Deadpool, High Moon Studios takes a different approach.  These guys just let loose, with the help of comic book writer Daniel Way, and break away from the convention of being super-serious.  And you know what?  It works.  Not completely, but it still works.

In the game, Deadpool, being his usual smart-ass self, inks a deal to get his own video game.  However, the road is far from easy, as he's assigned a target that ties in deeper with enemies from the Marvel universe, and re-introduces him to such allies as Wolverine and Cable – who he's not afraid to screw around with, despite the obvious threats.  Anyway, the story goes all over the place, but those expecting an action game that's a wee bit different from the norm probably won't be disappointed.

That's because of Deadpool himself.  His antics are rather unpredictable, whether it's copping a feel on his buddy Cable (leading to the all-too-obvious reply – a punch in the face) or talking with the invisible voices in his head over the game's stretched-out plot.  His personality really goes a long way here, and though not every joke sticks (some of the crass jokes will go over your head), there's enough humor and good times to go around.