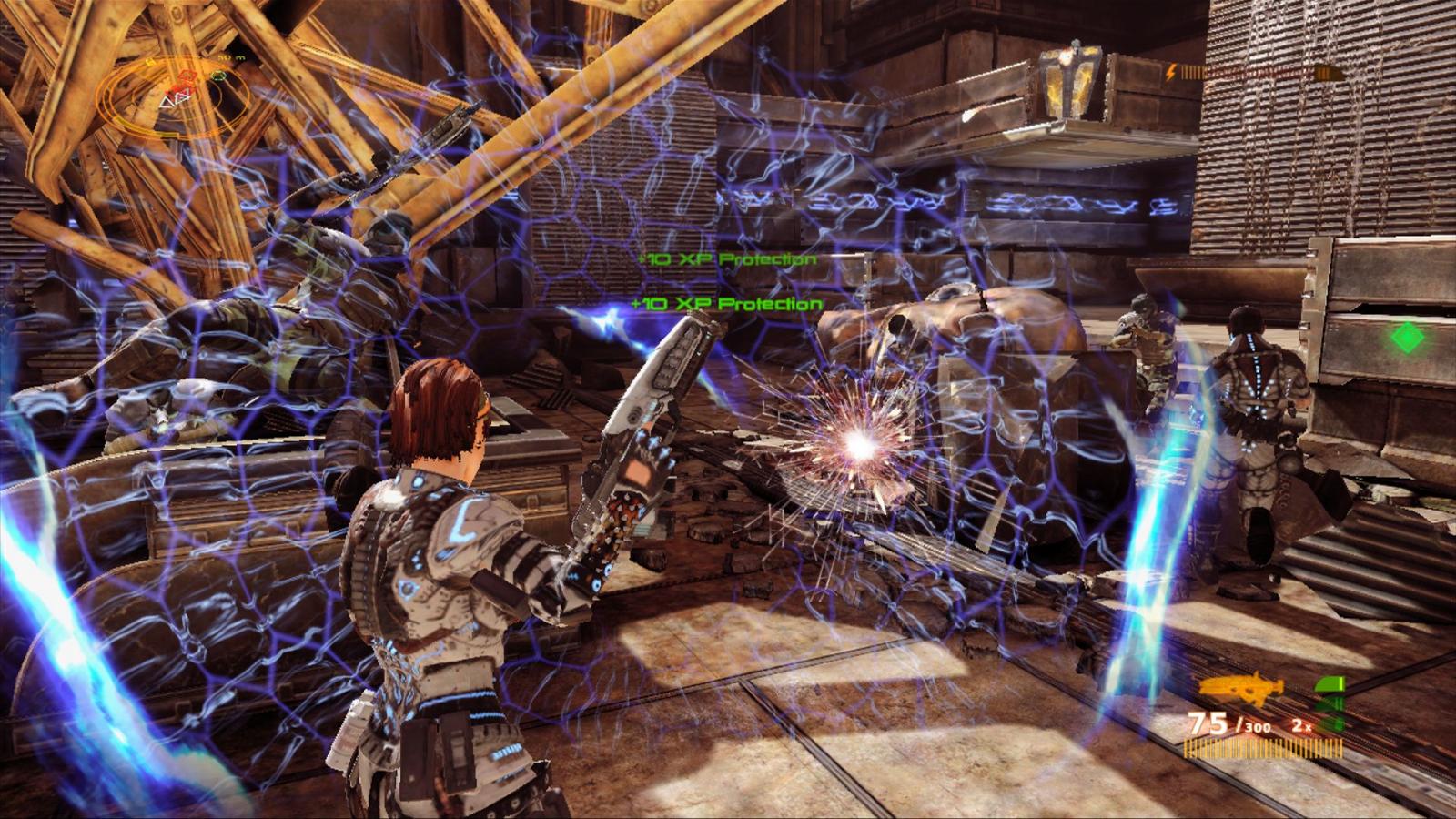 It's understandable for someone to want to make a quality shooter for the ten dollar range, especially considering how most games in the genre usually go for about $40 and up these days.  However, you have to make sure that your game has something to offer, or it'll be forgotten about quickly.  Scourge: Outbreak, the latest from UFO interactive, had a unique opportunity to swoop in and snag a few fans with an interesting story and a few multiplayer options.  Unfortunately, with lackluster gameplay and even worse graphics, it fails to even rise to the level of "average".  That's bad news.

In the game, you play as a group of soldiers known as Echo Squad, who suddenly find themselves in the midst of turmoil when their fellow squadmates at Alpha Squad turn on them, all for the sake of gaining power.  With the helping of an undercover agent, you vow to get back at these treacherous snakes, while at the same time dealing with enemy soldiers who have gained access to said power.

The revenge motive helps set the basis for a good game, but Scourge: Outbreak never reaches that point.  First up, it lacks genuine character development.  You never really care for any of the Echo Squad team members, nor get caught up in their quest for revenge.  Secondly, the story doesn't hold any surprises.  You never really feel any sort of compelling reason to soldier on.  There aren't even any unintentional laughs here – it's like a SyFy movie without the fun attached.

There are technical problems galore as well.  The game takes way too long to load, up to about two minutes for each level.  We're in a day and age where development teams have been able to process great graphic achievements with minimal loading time, so this is practically a cardinal sin.  And once the game does get going, it's an ugly mess.  It indicates in the beginning that it utilizes the Unreal Engine, but you never really see any signs of it.  Environments are ugly, character animations are minimal, there are bugs all over the place, and even the zoom-in view doesn't do you any good.

Gears Of War Returns To Comics This January

The Coalition and IDW Publishing partner to bring the series back to comics!