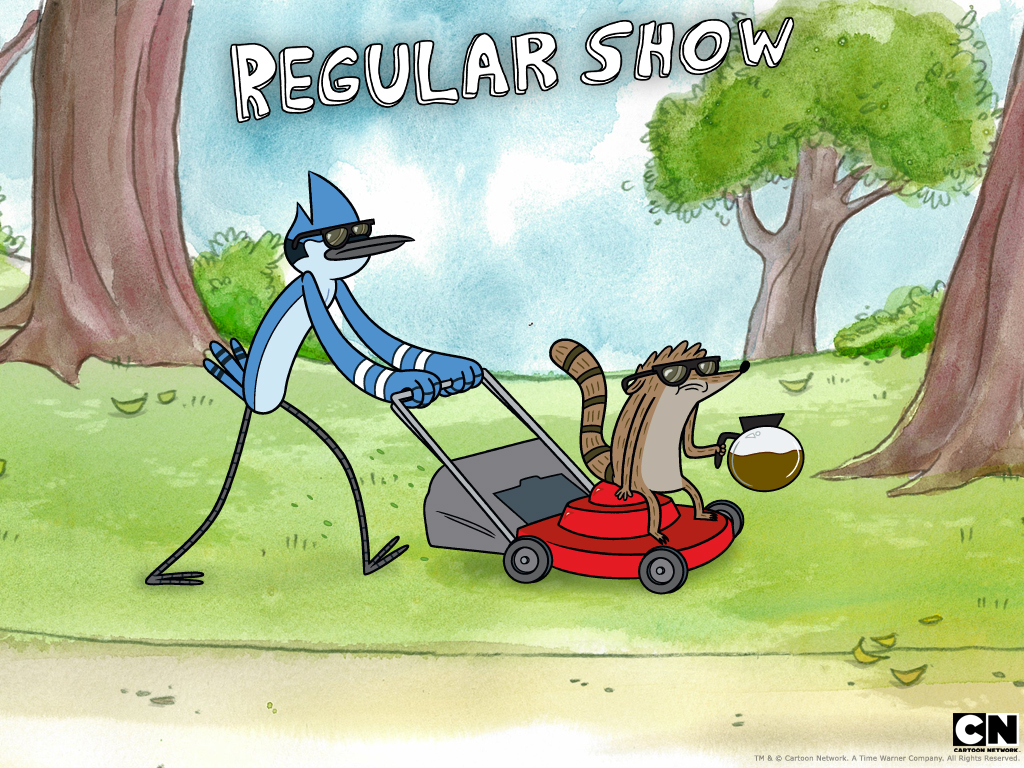 Cartoon Network/Adult Swim is the home of many memorable cartoons.  I can't tell you how many Aqua Teen Hunger Force episodes I've endured, nor how much admiration I have for the crew behind Venture Bros.  But their all-ages oriented content is good as well, between the humorous Adventure Time and the goofball Regular Show.  And now, that blue jay-and-raccoon pairing series gets its fair shot on a two-season Blu-Ray set.

Mordecai (the blue jay) and Rigby (the squirrel) are a pair of twenty somethings goofing off around a local park, as they're employed as its groundskeepers.  Along the way, they have to deal with a number of interesting characters, including a manager with a lollipop shaved head, a co-manager who's a walking gumball machine, a yeti with the voice of Mark Hamill (that's not a joke), and plenty of enemies, talking animals, and love interests – namely the beautiful Margaret.

Across 40 episodes – two seasons' worth – we get to see the adventures of these two, whether it's cruising around in a golf cart, traveling through time, taking on arcade games for high scoring or, my personal favorite, dealing with some truly annoying unicorns in "bro" gear.  (BROS!  BROS!  BROS!)  How you take each episode depends on if you "get" the level of humor provided here.

The show isn't bad at all, actually.  It's just that some jokes stretch on, or work their way back in the dialogue, making it less clever than the characters think it is.  Some characters also take a lot of tolerance, like the whiny Pops, the lollipop-headed guy I talked about earlier.  He's a little too old-timey, if you catch my drift.