Pacific Rim: The Video Game Should Remain Beneath The Earth

In today’s profit based society, you can not have a summer blockbuster movie without having a game that ties into the experience. While video games based on movies have not always had a positive track record, companies still focus on releasing them to capitalize on the popularity of the film. There are a few exceptions to the rule, and the latest game attempts to be added to that short list. Pacific Rim: The Video Game allows players to control the monsters and robots seen in the movie. Does the game harness the ferocity of the Kaiju or does it crumble under the weight of the Jaegers? Find out in our review!

Pacific Rim: The Video Game loosely follows the story of the film that can all be summed up by watching one of the awesome trailers. The Kaiju have arisen from beneath the earth and we have created robots called Jaegers to combat them and save the planet. After a brief introduction of the story told through cutscenes, the game begins. The presentation of Pacific Rim: The Video Game is pretty good. The Jaegers and Kaiju are surprisingly detailed and look almost identical to their movie counterparts. The surrounding environments are grainy and lack uniqueness. The environments do provide destructible areas that can be used to your advantage during battle. The environments however do not seem to match the grand scale of the conflict. You sometimes feel restricted in battle. It would have been great to have a larger area to explore and destroy during combat. 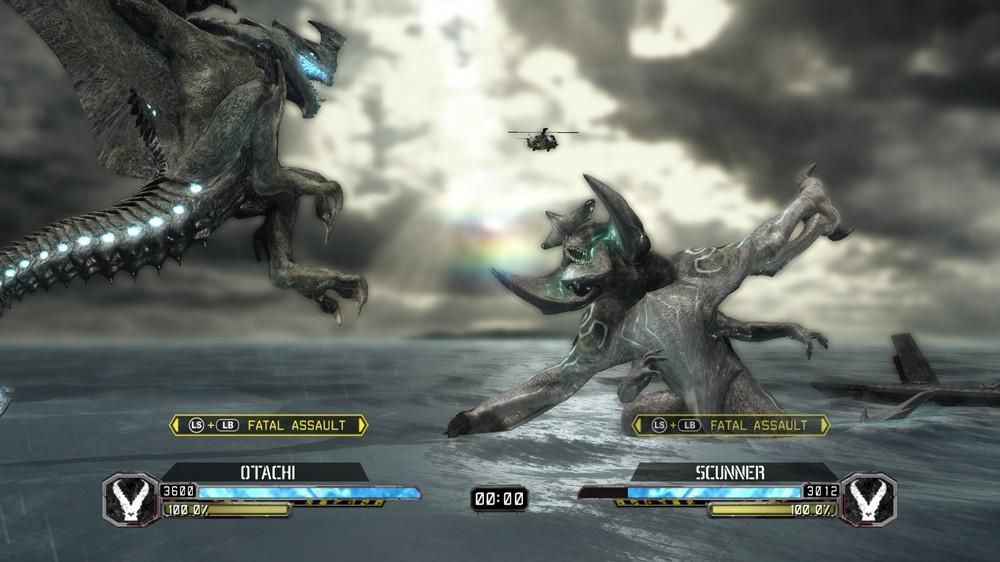