Zeno Clash II Takes You To A Weird Place, But It's Worth Visiting 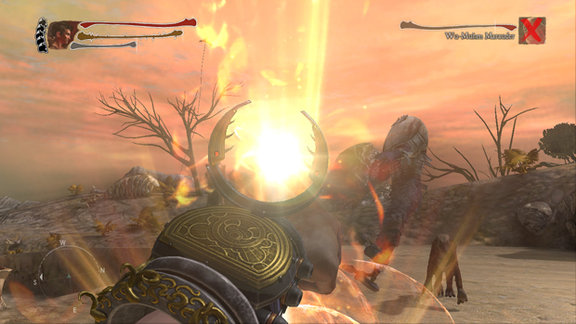 Man, Zeno Clash is a weird game.  And I don't mean weird in the sense that one thing or two in the game is off.  I mean, it's completely weird.  It takes place in a universe with offbeat characters and scenarios, and then asks you to tackle it from a first-person perspective.  It's not a game for everyone – especially those affected by motion sickness, because yikes – but those who got used to it found it to be a unique game experience.

Now Atlus and the developers at Team Ace are at it again with Zeno Clash II, the oft-delayed but finally released follow-up to the 2010 original.  Like that game, it's completely off the scale when it comes to strange scenarios and situations.  However, there are mild improvements to the fighting system that fans will want to take note of.

The game features a guy named Ghat who, along with his oddball sister Rimat, sets out to stop an advanced civilization from settling in to his already-fine land.  Of course, to do so, they don't need sound explanation, just their first-person fighting skills.  After a brief tutorial that explains how to execute certain moves, you'll off and running through this surreal world, laying out enemies while completing tasks for others, like collecting skull totems and moths for an artist stuck without limbs.

See what Sega and Atlus have planned for the show!