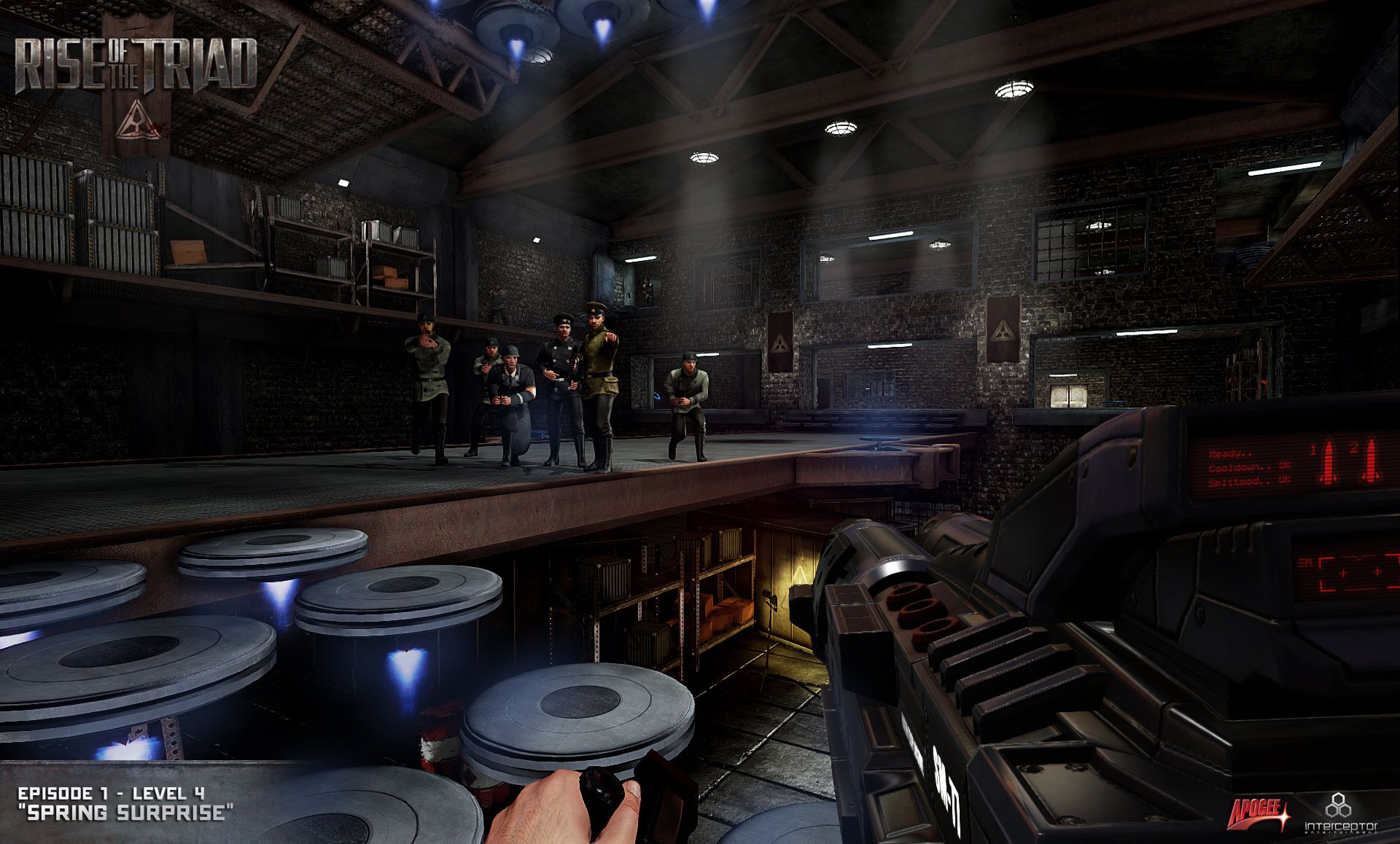 Since I wasn't one of those people that indulged in the early PC gaming era – I was more fascinated by the SNES and Sega Genesis at the time they made the rounds, so sue me – I missed out on Rise of the Triad the first time around.  But from what I heard through its hardcore players, it was something else, a difficult-as-heck thrill ride through the encampment of San Nicolas, where you blew enemies into bloody chunks while trying to figure out how to make it across floating platforms without falling into a river of lava.  In other words, it was made for those who wanted a thorough challenge from their games.

Thank God for the art of rediscovery.  The good people at Interceptor Entertainment, in conjunction with the original developers at Apogee, sent over a review code for its revamped version of Rise of the Triad, and now that I had a trusty Razer Blade Pro to turn to, I could finally partake in this first-person shooting madness.  And I'm glad I did, despite the few rough edges that some may find hard to look past.

The game puts you in control of members of a team known as H.U.N.T. – the High-Risk United Nations Task force.  They've been called upon to shut down the Triad, a mysterious group of nasties that have called San Nicolas their own.  As to why they've done so, well, you'll find out over the course of the game, through a story that's told with the right amount of humor.  Rise of the Triad definitely has its tongue firmly planted in cheek.