Cloudberry Kingdom is A Challenging Throwback To Platformers Of Old 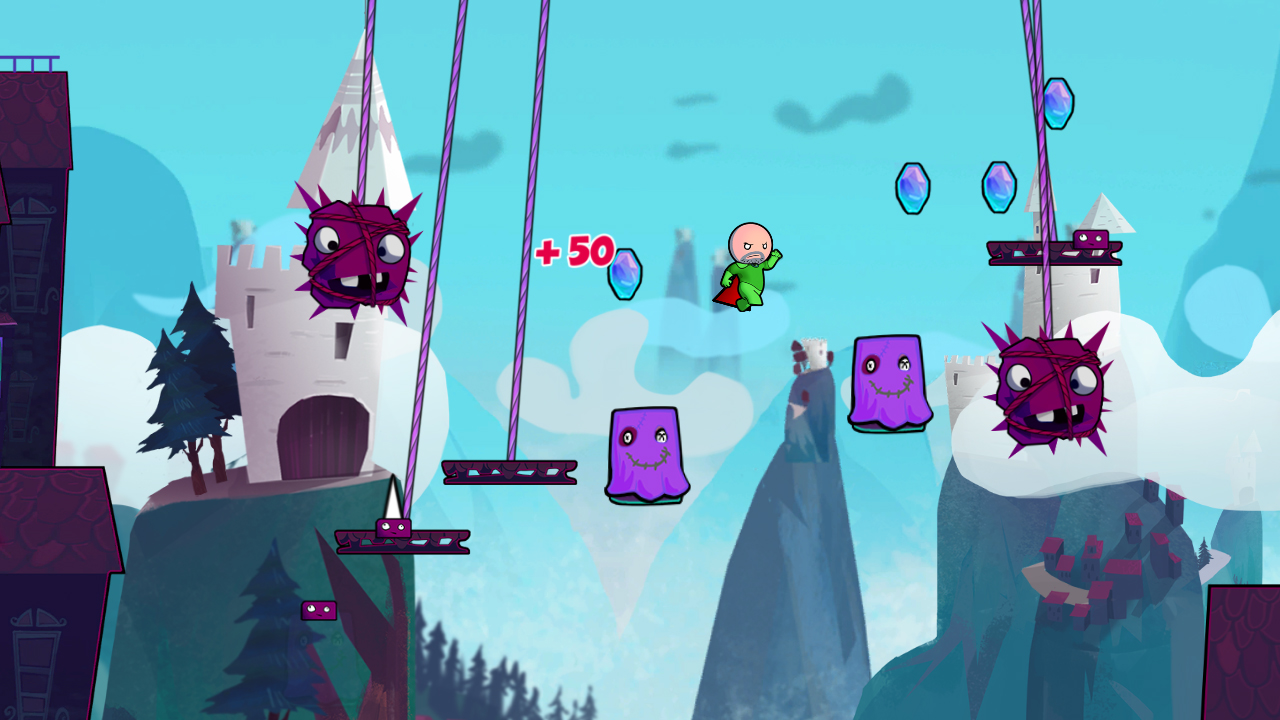 Whoever said that 2D platformers aren't what they used to be clearly isn't paying attention.  Super Meat Boy helped usher back the good ol' days of NES platforming, while at the same time delivering a level of challenge that, prior to its release, was unprecedented.  Ubisoft is also adding quite well to the genre with its Rayman games, including the beautiful 2011 release Rayman Origins and next month's upcoming sequel, Rayman Legends.

In the middle of all these games, we have Cloudberry Kingdom, a game that reaches back to the classic days of yore, when all you needed to get through your NES experience was sheer will, instead of a cheat code or a game save.  Some people thought it was too tough to bear, while others gritted their teeth and ran through them anyway, including the entire Ninja Gaiden trilogy and Super Mario Bros. 2: The Lost Levels.  Cloudberry definitely rises to this occasion, though there are times the presentation is a little less-than-inspired.

You control Bob, a somewhat normal guy given the daunting task of rescuing a princess from imprisonment.  This is easier said than done, as the game's AI level shifts constantly.  One minute you're working through a simple platforming challenge with rotating fire bars (similar to Super Mario Bros.) and falling blocks; the next, all hell breaks loose with the screen filling up with projectiles and chainsaws.  It adjusts depending on how you play, so if it gets too tough, it lightens the load a little bit before shifting back again.  It's an ideal system, especially for those who are fooled into thinking, "Hey, this game's for all skill levels."  Yeah, keep dreaming.