Company of Heroes 2 Won't Leave Players Out In The Cold

Company of Heroes 2 is Relic Entertainment's second installment in the Company of Heroes (CoH) series but is it enough of an improvement to warrant a purchase? Depends, how much do you enjoy feeling like a ruthless Soviet commander? 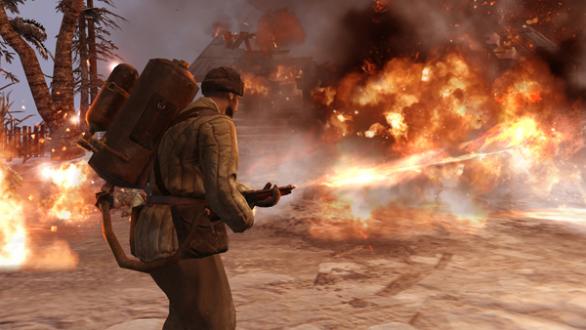 Company of Heroes 2 is strategy game set in the second world war allowing the player to command the Red Army across the often frozen European front. Throughout your time in CoH 2 you play as LT. Isakovich being held in a small, dank prison cell while being interrogated by his former commanding officer. Each encounter you play is one of Isakovich’s many war flashbacks which serves as an easy way to transition between levels while cutting out the boring bits such as marching troops.