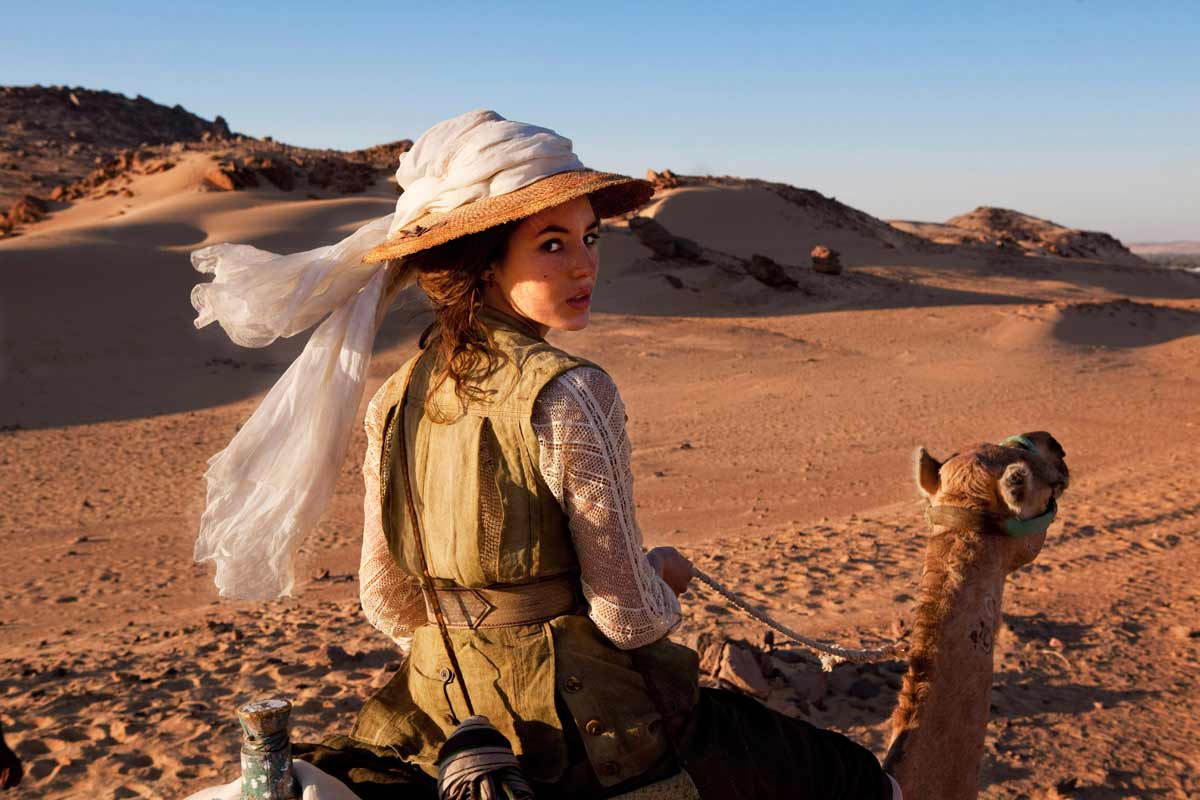 If anyone's had an off-the-wall film directing career, it's Luc Besson.  He's been in the game for a while now, with his compelling assassination tale The Professional, as well as other films, with the most noteworthy being the sci-fi adventure The Fifth Element – still a favorite of mine to this day.

For his latest venture, Besson tackled the comic tale The Extraordinary Adventures of Adele Blanc-Sec, which did pretty good overseas but never found a foothold in the U.S. due to its dubbing and its somewhat slow pacing, compared to other big-budget adventure films.  But Shout Factory felt the need to give it a shot on Blu-Ray anyway – and in a way, I'm certainly glad they did.  While this is hardly Besson's best work, he packs enough whimsy in it to make it worth a look.

The story is way offbeat, starting off with an old man who manages to use telekinesis to an extreme effect, with objects floating around him.  Soon after, a pterodactyl egg breaks open, with the winged serpent flying through the museum before wreaking havoc on a local man and a stripper, making their car plunge into a nearby canal.  Then the trip diverts to Egypt, where an adventurer named Adele (Louise Bourgoin) makes a discovery in a tomb, only to find that the locals aren't so privy to what she's going after.

Play the game before you see the movie!