Saints Row IV Is A Party That Just Don't Stop 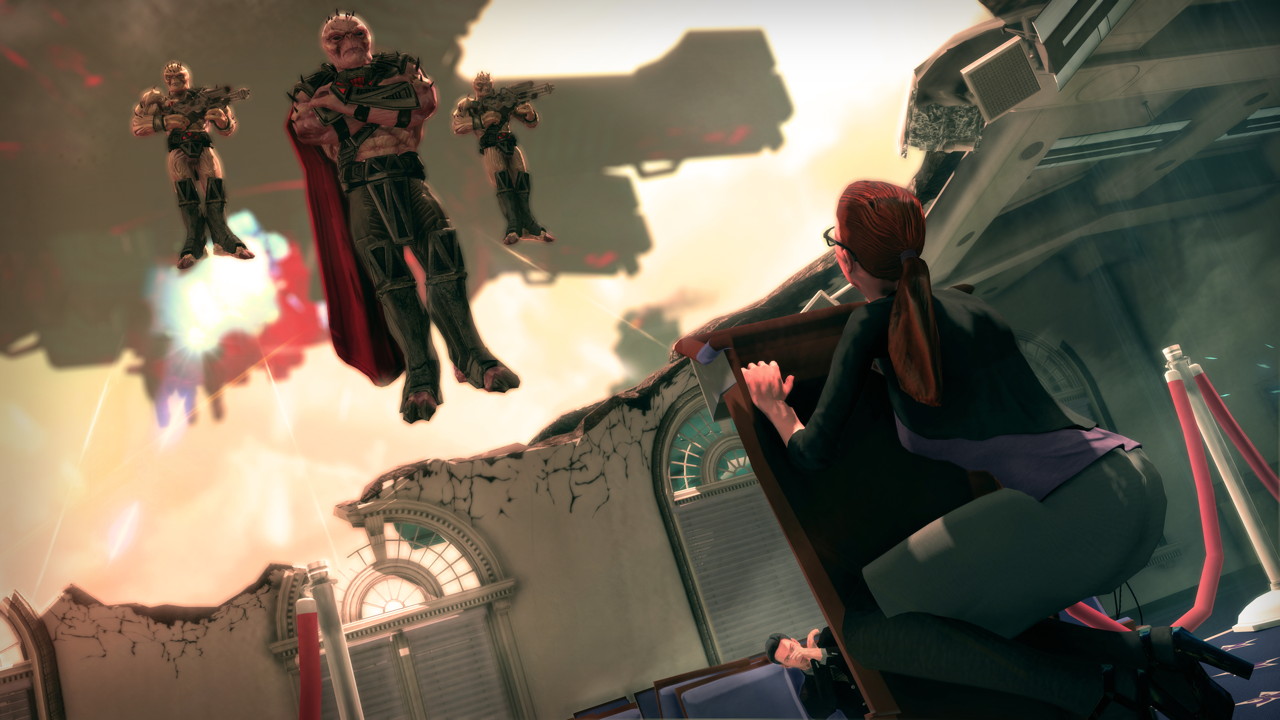 Your Saints character goes all presidential this time around, landing in the chair after a world-saving mission to start the game. But it's not all fun and games, as you have to show a Senator just what "filibuster" is all about, and you have to make the crucial decision to end world hunger or destroy cancer. If that's not enough, an alien invasion befalls Steelport, and the next thing you know, your cabinet is captured by the vile Emperor Zinyak.

You break out soon thereafter and begin fighting back in your own way, slowly reforming your team – including vice president/actor Keith David – and gaining superpowers and weapons to push the tide back in your favor. There are some interesting story twists that keep things from going entirely in your favor, but that won't stop you from pushing for the opportunity to stop Zinyak once and for all.