DuckTales: Remastered Is A Treasure Rediscovered 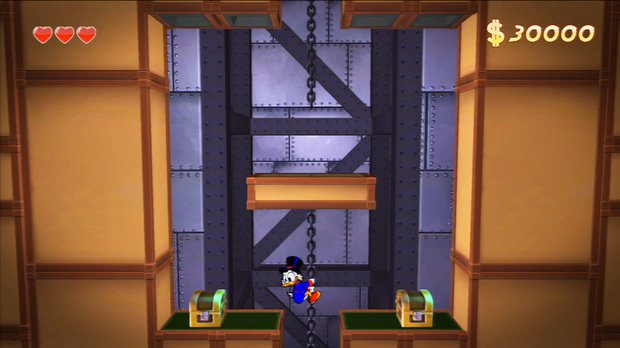 I looked over reviews all week for DuckTales: Remastered, which came out for the PS3 and Wii U and is coming next month for XBLA, and couldn't help but be perplexed by some of them. The game got low marks on some sites because, apparently, it had an "old design". What some of these reviewers may not realize is that the game is SUPPOSED to have an "old design". It's based on an NES classic that came out years ago. Why change it to a more contemporary theme and not have it work that well as a result? It would make no sense.

Regardless, I'll take this "old design," because the team at WayForward has done a superb job with making it feel like a modern platformer. The company spared no expense in transferring DuckTales into the HD era, tracking down most of the voice cast from the show – including a 94-year old Scrooge McDuck actor – and working with Disney to get the animation style just right. And, yes, it plays just like the classic, too. So, yeah, all the bases are covered, even with its "old design".

In the game, Scrooge McDuck sets out around the world to claim long-lost treasures – a task that's easier said than done, as he has to deal with Flintheart Glomgold, a long-time nemesis, along with Beagle Boys and other hazards that stand in his way. He's not alone, as his loyal nephews, Huey, Dewey and Louie, are along for the ride, along with his niece Webby, his clumsy pilot Launchpad McQuack, and others. And, hey, Gizmoduck's back!