Pikmin 3 Blossoms Into A Winner 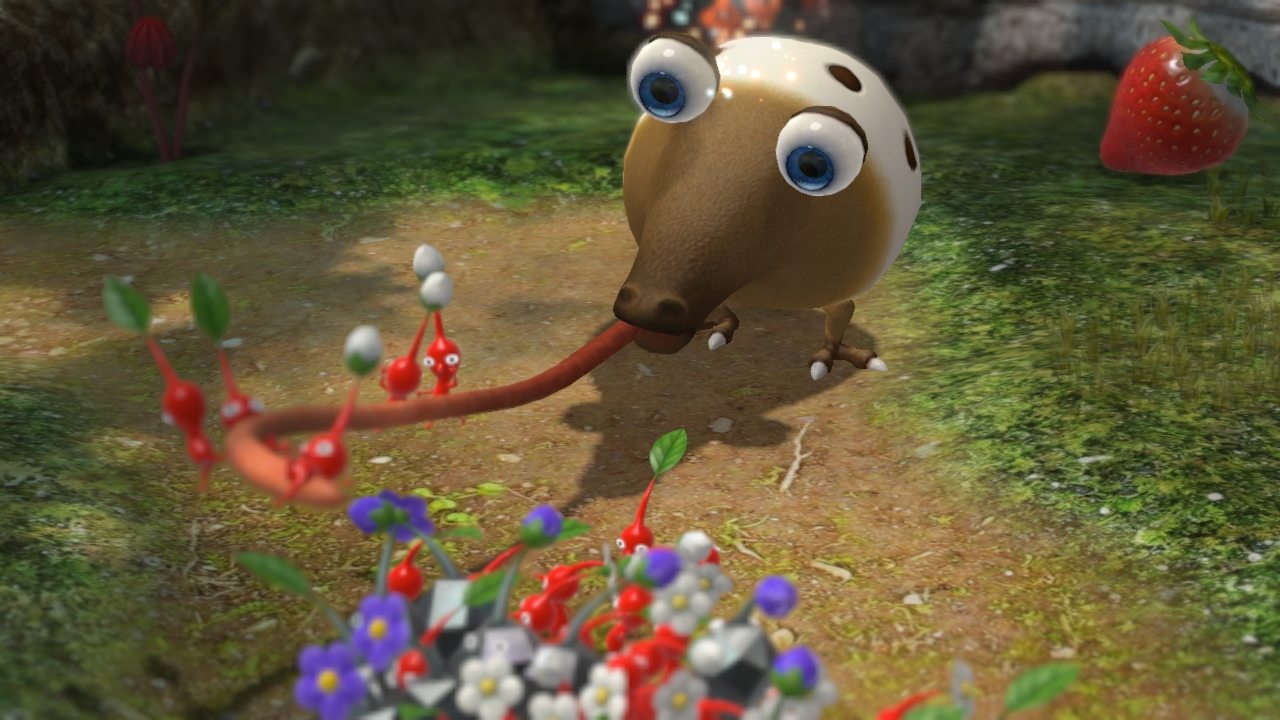 It's been a long, tiring summer for the Wii U, mainly because there haven't really been too many groundbreaking games that came out for it. Sure, there's Game & Wario, but you can only spend so much time with those mini-games before they wear down on you. No, what we needed here was a real experience, one that defined what the system could really do. With that, we finally have it, now that the oft-delayed Pikmin 3 has finally arrived.

This time around, you control three scientists – not one – crash-landed on a strange planet, using these local creatures known as Pikmin to do their bidding so they can gather up the necessary fruit and ship parts to return to their home planet. It's easier said than done, as there are enemies that you'll need to overcome – mainly by hurling certain types of Pikmin at them – and puzzles to solve.

There are some hitches that get in the way with your Pikmin. Though you can gather them at any time using your whistle, sometimes they'll get stuck behind a rock, or fall into a crevasse instead of staying with the group – which means you'll have to make up their numbers down the road. Also, the tempo of the game is off at times, with some levels being a bit heavier in combat and puzzles, and vice versa. The final one in particular is questionable, mainly because it's a pain in the neck to get through.

Use that plunger to help usher in the Game Boy era!