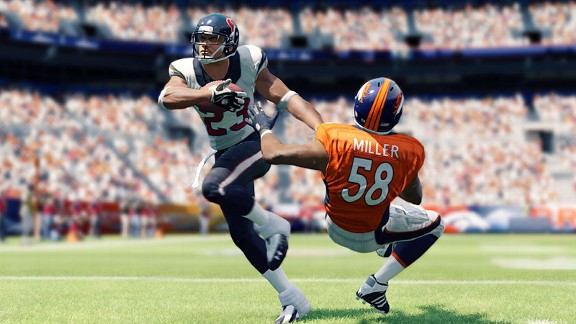 It's hard to believe that the Madden NFL franchise has been going for 25 years now. We've seen a lot of killer editions of this game over the years, as well as some flounders that we'd just as soon forget about (we're looking at you, Madden 64).

For its 25th anniversary, EA Sports has revved up Madden for its strongest year yet, with the series set to make its next-gen debut later this year. For now, though, we have Madden NFL 25, a suitable current-gen release that will satisfy PS3 and Xbox 360 owners with a number of new changes. There are still some old problems afoot, but the game continues to hit its stride, even after 25 years on the field.

Perhaps what you'll notice the most are the changes to the Infinity Engine. Using brand new animation effects, the on-field actions look better than ever, and the tackles are much more realistic. No more invisible foot grabbing or weird collisions like in prior years.