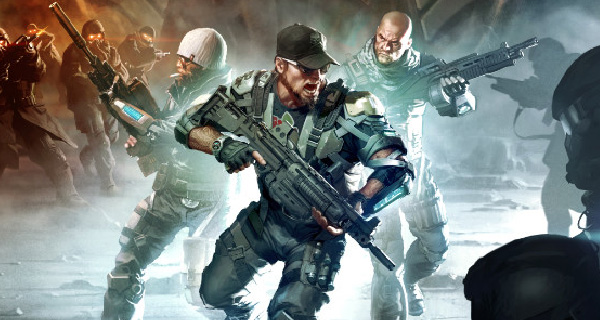 Let's be honest – the PS Vita needs a first-person shooter to believe in. While Resistance: Burning Skies was hardly a disaster, it didn't offer anything in the long-term to keep players coming back to it. As for Call of Duty: Black Ops Declassified – ugh. The less we talk about that disaster, the better off we'll be.

Now we have Killzone: Mercenary, a game that has a two month-ish head start on the next-gen Shadow Fall game coming to PlayStation 4 in November. That may not be fair by some standards, but relax – the game is still going to find a fair audience, mainly because it's the best first-person shooter on the PS Vita to date.

The story focuses on Arran Danner, a mercenary who has no problems playing both sides in the futuristic war that's happening, working with both the rebels and the Helghast army in the effort to make a buck. However, as it goes on, Danner realizes what's important, making decisions that could very well turn the tide in how things are going. It's hardly the most compelling story arc we've seen, but it sets the stage for the missions at hand.

The game itself is well designed, really taking advantage of the Vita – for better or worse. The stages are huge, and though not as highly detailed as the luxurious Killzone 3 – which had a lot more storage space to work with – they're sufficient in terms of looking good on the Vita. The character movements are also well realized, and the frame rate moves smoothly enough that you won't be hassled by everything that's happening. The aiming system is a little off at times – looking at you, sniper rifle – but overall, it's an experience that outperforms the last two PS Vita shooters, by far.