The Bureau: XCOM Declassified Is Pretty Good, When It's Not Trying To Be XCOM 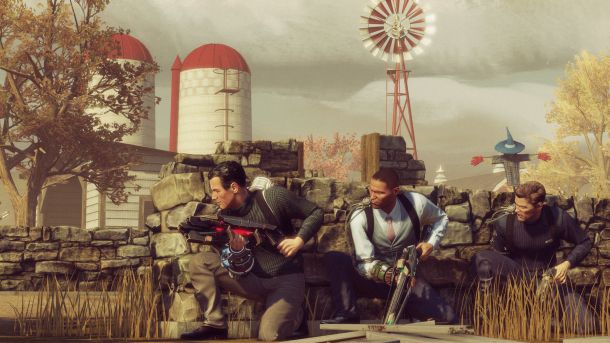 The story behind 2K Games' original XCOM project is a weird one. When this game was first introduced about three years ago, it was conceived as a strange third-person role-playing hybrid. Unfortunately, its reception wasn't as well-received as the publisher had hoped, and it went on the back-burner in favor of Firaxis Games' more traditional XCOM game, Enemy Unknown, which was met with critical acclaim upon its release last year.

But now the original XCOM effort has resurfaced, turned into a third-person action game with strategic-like elements to keep your team at the ready. After spending a lot of time in the development oven, The Bureau: XCOM Declassified is here. And it's not bad, even though a few of the gameplay aspects don't work that well.

The game takes place in the iconic early 60's, with a government agent named William Carter swept up in the midst of an alien invasion. As if the Soviets weren't enough to worry about. He joins up with an agency called The Bureau – hence the game title – in an effort to wipe them out once and for all.