Marlow Briggs And The Mask Of Death is Cheesy Action Fun 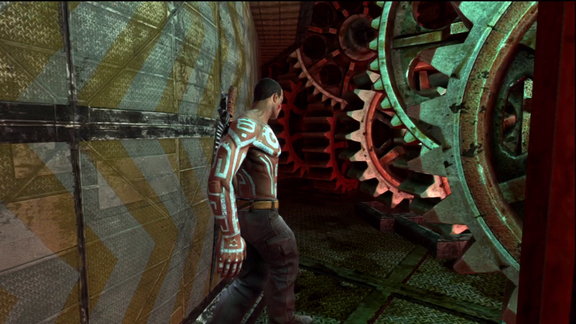 Remember those 80's movies that were so cornball that you couldn't possibly take them seriously? You know which ones I'm talking about. The Richard Chamberlain remake of King Solomon's Mines where Sharon Stone attempted to establish herself as a leading lady. Dolph Lundgren's I Come In Peace, where aliens could miraculously outrun exploding bullets and suck brain matter out of humans, all while Dolph retained a silly hairstyle. Even Howard the Duck was so silly and unbelievable, that you couldn't help but embrace its ridiculous nature. I mean, how did he get Lea Thompson in her lingerie, anyway?!

That's the sort of tone you need to get into with Marlow Briggs and the Mask of Death. What first appears to be a cheaply made God of War clone eventually settles into its own groove, thanks to cheesy voice acting that fits the part, over-the-top action that has you questioning if this would really happen in many instances, and decent production values for an Xbox Live Arcade downloadable title. Marlow will hardly top Kratos in a fight anytime soon, but he's a good go-to guy for Saturday morning mindlessness.

Marlow is a man on a mission. His girlfriend eventually leaves her job in Central America when she finds out her boss – who, by the way, owns an endless supply of helicopters, as you'll learn throughout the game – is digging up trouble in the Mayan ruins. He's not too fond of her leaving, so he kidnaps her and leaves Marlow for dead with a sword buried in his abdomen.

New Features For No Man's Sky Introduced In New Trailer

Xbox One version launches alongside "NEXT" update.

505 Games and Kunos Partner With Pirelli, AK Informatica To Give Fans Early Access To Assetto Corsa

Bloodstained: Ritual Of The Night E3 Demo Released To The Public