With Steven Spielberg’s Lincoln bringing history, and slavery, to the forefront, there’s a new video game that allows fourth graders to travel along the Underground Railroad. Ball State University students have created Morgan's Raid, a game designed for fourth grade students to help them better understand just how dangerous it was for runaway slaves to make their way north along the Underground Railroad. 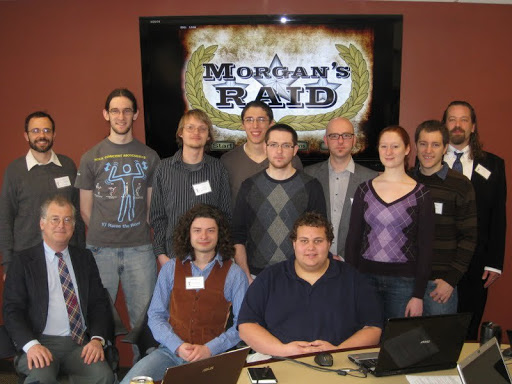 "The Underground Railroad in the Ohio River Valley" is a strategy game that puts school children into the role of runaway slaves. The game is being produced by Ball State students through an immersive learning experience under the direction of Ron Morris, a history professor, and Paul Gestwicki, a computer science professor.

In the years leading up to the Civil War, thousands of escaped slaves traveled across Indiana and other Midwestern states on their way to Canada. These fugitive men and women frequently altered their routes and the locations of their stops in order to avoid detection and possible recapture.

"Even though the Underground Railroad has been well studied, there are a lot of myths and legends connected to the era," Morris said. "We hope to enrich the curriculum and instructional practices of teachers and students by creating a way they can experience some of the decisions while trying to get to the safety of the north.