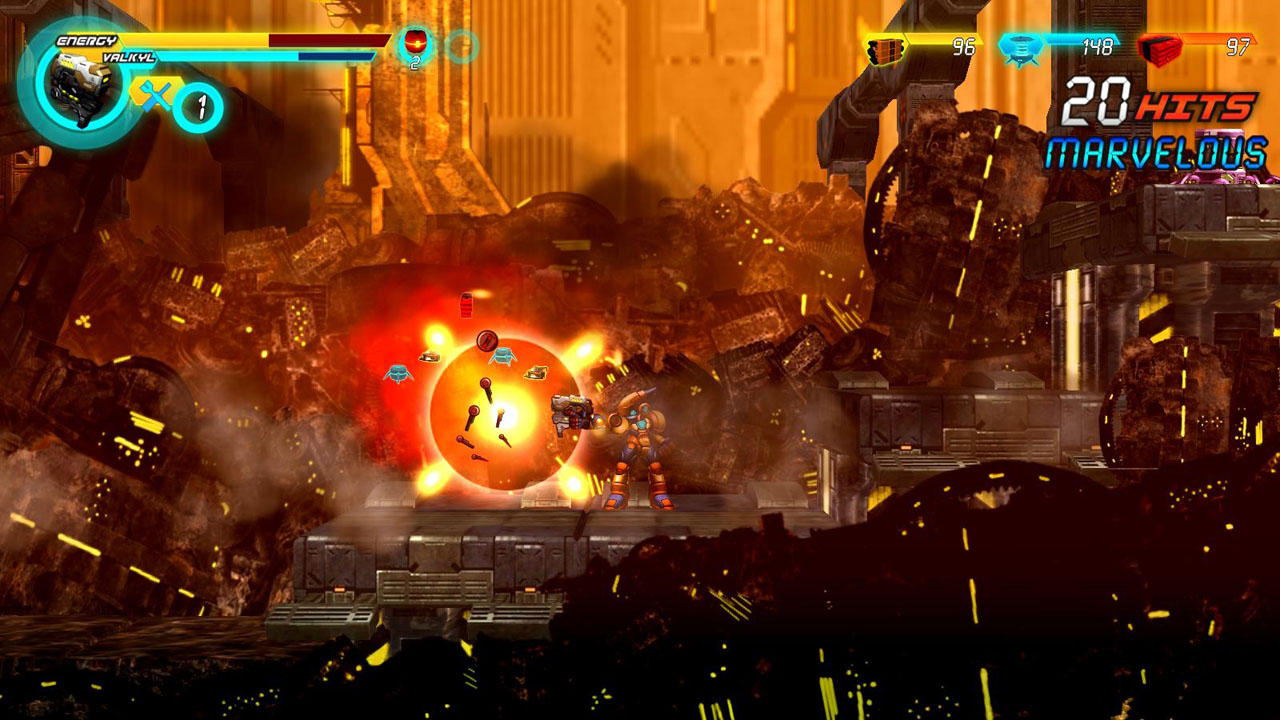 To be perfectly frank, A.R.E.S. Extinction Agenda EX won't be mentioned in the same breath as Metroid or Mega Man anytime soon, if at all. First off, the title's way too long – even hardcore gamers will probably just call it "Ares" and be done with it. Secondly, the lead heroes of the game – two soldiers of fortune in high-tech gear – lack the charisma and personality of Samus Aran and Mega Man. There just seems to be something too mechanical about them. Finally, the game is just too darn short, with very little reason to go back outside of a nostalgic revisit.

With all that said, it may seem like I'm coming across the game negatively. But never once did I say it shouldn't be experienced. A.R.E.S. is a pleasant throwback to the classic shooters of old, and what it lacks in personal distinction, it makes up for in savvy level design and teeth-gnashing boss battles that'll keep you coming back for more. It's a decent fill-in while waiting for the next side-scrolling action game – in this case, Mighty No. 9, which is two years away. Yikes.

In the game, you'll battle a barrage of airborne and ground-based enemies using a blaster. Now, you can just hit the button for straightforward shots, but the real joy is using the right analog stick to aim and shoot, if you feel like doing so. You can also power up your suit and weaponry as you go along, becoming more of an ultimate space hero in the process. It's a tedious process at times, but well worth it as you juice up for the later levels in the game.

What were the highlights from the Performance Designed Products booth at E3 this year?