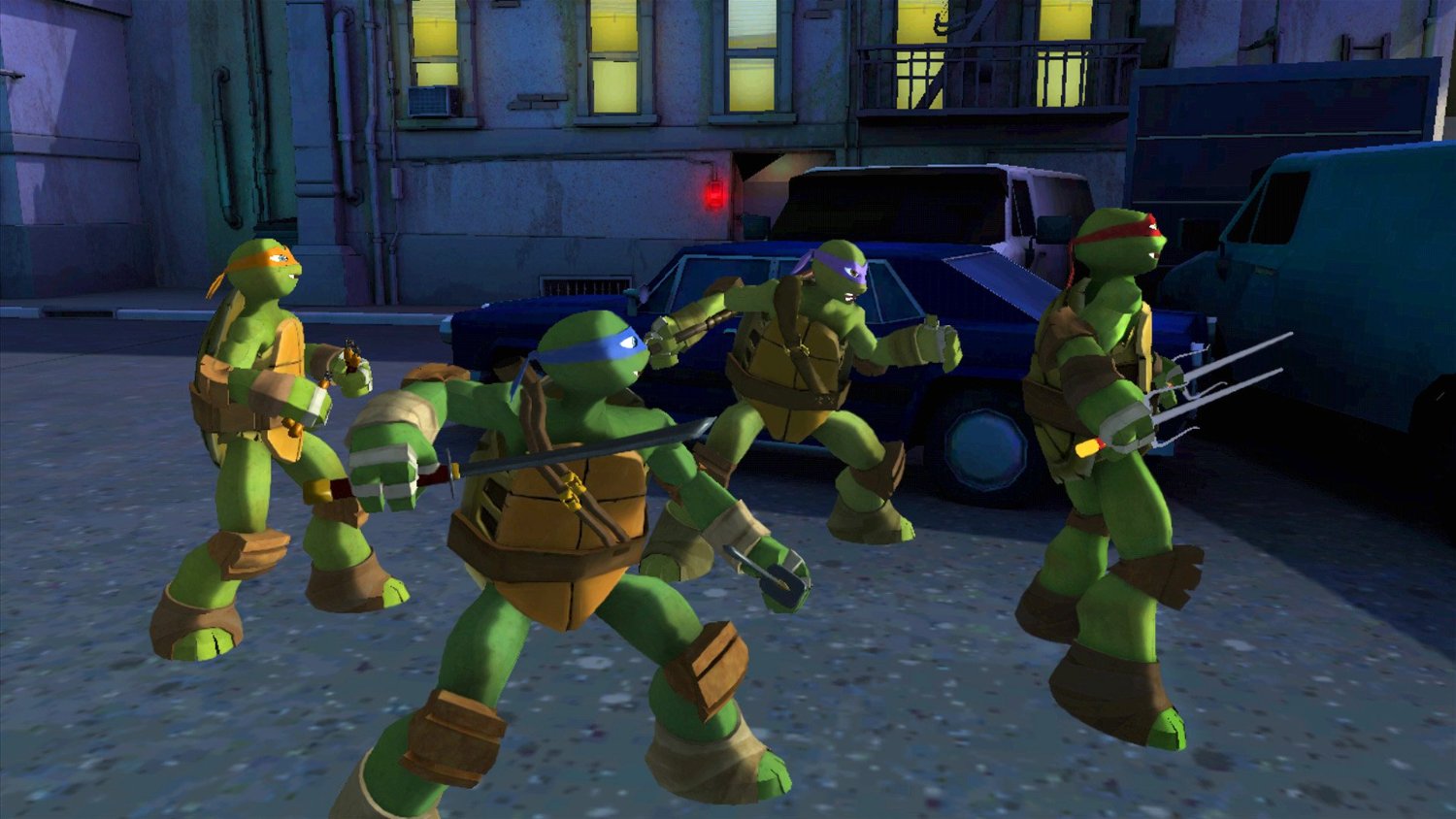 When Teenage Mutant Ninja Turtles: Out of the Shadows came out earlier this year for Xbox Live Arcade, I deemed it a "cowabungle," between shoddy production design, uneven combat and visual issues. I was hoping that the full retail release of Teenage Mutant Ninja Turtles, based on the enjoyable Nickelodeon series of the same name, would fare better. It sort of does, but it has its own share of problems.

The plot for this Ninja Turtles game is basic. The Turtles are out to stop a variety of enemies from the show, including Shredder, Baxter Stockman, and some fish guy who runs around on robotic legs. Throughout the game, the four Turtles beat up a variety of thugs while collecting glowing gems to power up their attacks, and increase their defensive skills.

If you remember the classic beat-em-up games from yesteryear, Teenage Mutant Ninja Turtles works in a similar regard. You move along in a level, beat up guys, and then continue to move on. However, this modern design doesn't have anything on the old-school Konami games, mainly due to several problems.