The Assassin’s Creed series has become one of the most successful franchises in video game industry.  A game that was initially a bloody breath of fresh air has now become an almost annual series that fans become more excited for every year. Can a game this successful continue to innovate year after year? The series has covered many different types of protagonists with the obvious choice being the current theme of this game. What can be more badass than a Pirate Assassin? 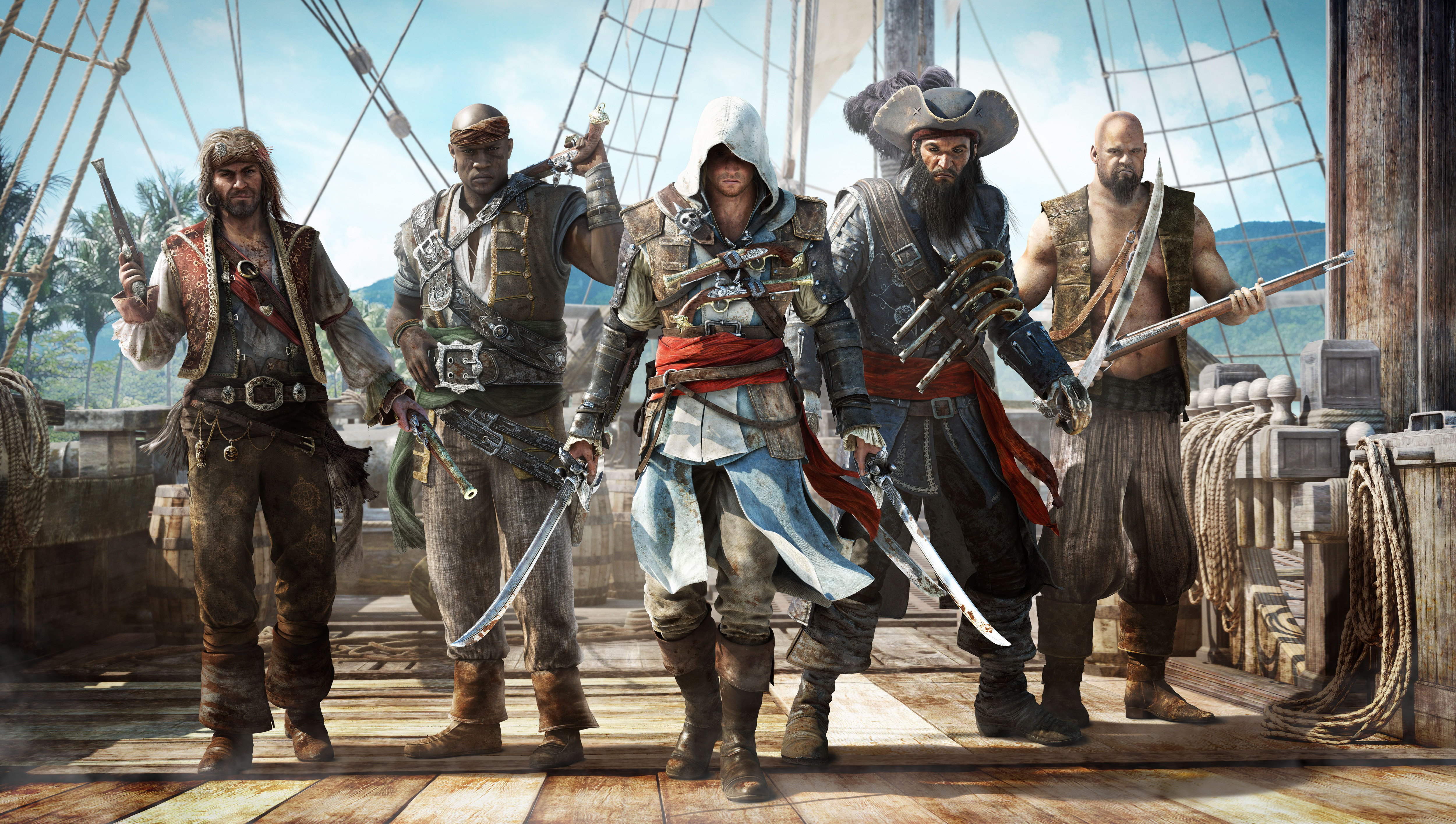 Seriously, who would mess with this crew?

Assassin’s Creed 4 Black Flag is the latest game in the Kenway Series. In this game, you take on the role of Edward Kenway. Kenway is a swashbuckling pirate and the father of Haytham Kenway and the grandfather of Conner Kenway, the protagonist of the previous game. The moment the game begins, you meet Edward and you take the helm of your ship, which is under attack. Once you take out all the enemies, you are treated to a flashback where we meet Edward’s love Caroline. This brief scene provides motivation for Edwards actions in becoming a Assassin.

The moment the game begins, you see that Edward is different than previous protagonists. Edward is not bound by the same sense of honor as everyone else nor is he born into the role of being an assassin. Instead, Edward ‘s decision to become a assassin is fueled by his own selfishness and greed. Don’t worry, without spoling anything for you, you will sympathize with Edward’s plight and root for him as the hero. 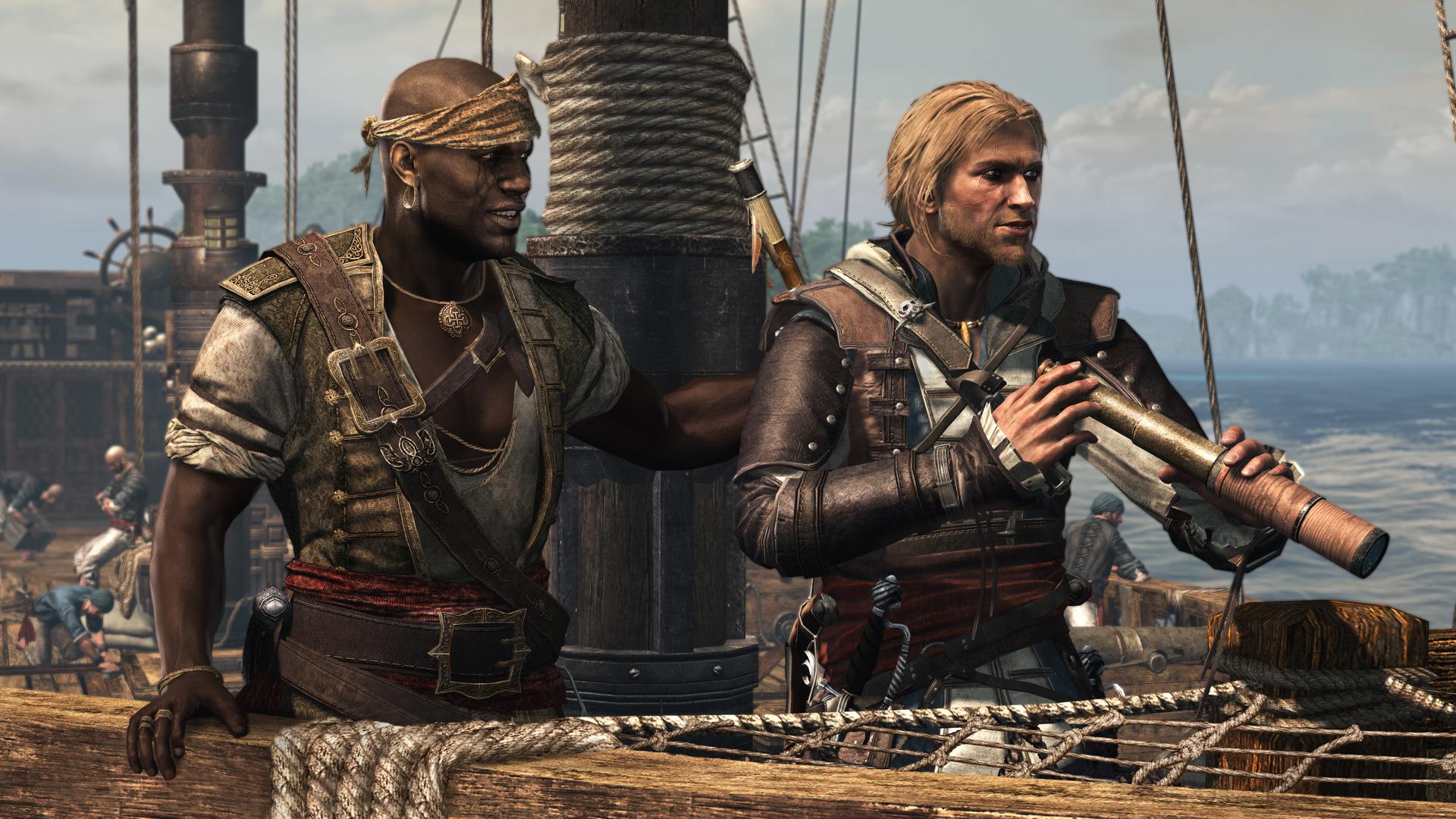 Edward Kenway is not your typical assassin.

This new take on our assassin protagonist brings a fresh new energy to the series. For the first time in years, if not ever, the series feels fun. You are not solely focused on bringing honor to the Order of Assassin’s, finding some mystical object, or fighting the Templars. Edward Kenway has his own selfish motivations, which allow you to be selfish as well. You no longer have to carry the weight of the destruction of the world on your shoulders. You can loose yourself in the swashbuckling Kenway and simply enjoy the fun, humor, and excitement that comes along with it.