Sigh. Mystery Science Theater 3000 is 25 years old. Now I feel like I'm old as well. But no matter. I still remember when this show was on Comedy Central on a weekly basis, with Joel Robinson and his loyal robot pals commenting on bad movies as only they could. The show has since faded away – with its founders breaking off into Rifftrax and Cinematic Titanic projects – but the memories live on, and now Shout! Factory celebrates its legacy with a stunning 25th Anniversary Edition on DVD.

This package is truly a must for fans, especially those who savor some of the truly awful movies that the crew has looked at over the past few years. There's no shortage of viewing pleasure here, with Moon Zero Two, The Day The Earth Froze, The Leech Woman and Gorgo covered as the four main entries. In addition, you'll also get two bonus out-of-print episodes – The Brain That Wouldn't Die and Mitchell.

Mitchell is a personal favorite. This otherwise lame 70's cop drama featuring Joe Don Baker would become one of the group's more popular episodes, even though Baker himself threatened to punch them in the nose over their treatment. Hmmm, he must really respect that Mitchell guy. No matter. Its inclusion here shows Shout!'s devotion to the series, and the rest are a hoot as well.

Now, some of the gags are dated – we're talking about episodes that were popular many years ago – but no matter. The show continues to be hilarious, and each of these episodes has plenty of laughs to offer throughout each feature. There are a few that fall flat, but they seldom happen, so you'll get through them and go about your chuckling business.

While the episodes don't have the greatest video transfers in the world, they look and sound good enough to match what we originally saw on television. The set is really nice in itself too, with a strong collectible tin – not as cool as the Gamera set, but oh well – and four collectible postcards to go along with the movies.

There are also some terrific extras, including a three-party documentary that looks back on the MST3K series, as well as other featurettes. Mary Jo Pehl is fun to watch as she reminisces about the series; the hour-wraps are delightful in their own nostalgic way; seeing Leonard Maltin pop up to talk about movies is a treat; and the Last Flight of Joel Robinson is a loving tribute to one of its original founders – Mitchell was his last episode. And what a way to go. The Making of Gorgo is a hoot as well, if you're a peculiar fan.

The set goes for around $49.99, which might be a little steep considering you're generally paying for bad movies getting laughed at. But fans will understand – and appreciate – the value it brings. Mystery Science Theater 3000: 25th Anniversary Edition is a must-own set, and if you're just coming on board and discovering what the show is about, you won't find a better time.

Besides, Mitchell wants you to buy it. He needs to buy more beer. JUST LOOK AT HIM. 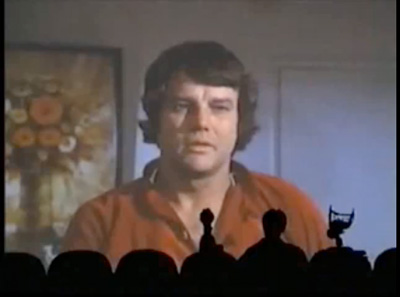