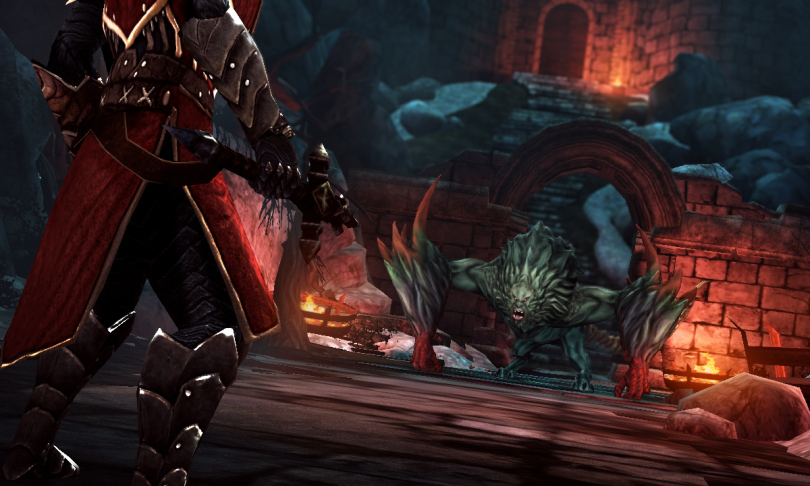 When Castlevania: Lords of Shadow – Mirror of Fate came out for the Nintendo 3DS earlier this year, it brought with it an interesting throwback to the older 2D games of the saga. Not that it matches up to the caliber of Symphony of the Night, by any means, but it did a pretty good job blending the stylish combat of the original Lords of Shadow with a 2D side-scrolling world.

Those of you who didn't download the original – or couldn't quite comprehend the game's shift into a 3D world – there's a good alternative available with Mirror of Fate HD. All the action of the original game has been mostly shifted over to consoles, and if you loved it then, you'll love it now. But even if you didn't love it then, it's worth taking a chance with, as it does away with some minor annoyances.

For instance, the combat isn't so heavy on the QTE's now. Most of the stuff is done smoothly this time around, though you'll still occasionally need to tap a button to escape a boss' grasp or pound in the final blow.

Also, the graphics are a bit better than trying to see them on a condensed screen. HD really goes a long way into converting this Castlevania title into something far more visible. That's not to say it's perfect – some murkiness sets in over the course of some levels – but it's a great sight once you bump up the brightness a little bit. Plus, you don't have to worry about an accidental bump of the 3D switch.

The game spreads across three different characters, all of which should be familiar to hardcore Castlevania fans – Alucard, Trevor Belmont, and his son Simon. Each have their own little gameplay nuances, but the genuine essence of Castlevania: Lords of Shadow remains intact, complete with whip combos, classic item use, and occasional secondary items, like a spiritual guide who acts like a shield through tougher parts of the game.

Mirror of Fate's controls are responsive, and the way you can roll out of harm's way – if you don't have said shielding – works just about right. There are times the platforming can be a little loose, like when you're trying to jump across platforms and nearly end up succumbing to your death because you slightly misjudged distance, but that just relates back to the classic style of Castlevania. It's not really that heavy a complaint.

Exploration does play a minor part in Mirror of Fate HD. It's not as heavy as Symphony of the Night, but there are some places you'll need to backtrack and revisit once you have a certain ability armed, such as the chain swing. It can be a little monotonous at times if you don't have enemies to fight, but overall, it's a pleasurable throwback to the Metroidvania days, back when depth meant searching through a larger level, and not necessarily 3D expansion.

The game will take you a few hours to finish, and once you do, you'll also have access to a new demo for Castlevania: Lords of Shadow 2. It's a nice little add-on to the $15 purchase, and will definitely get you ready for the forthcoming sequel's debut in February. (If you prefer, you can get both of these through the Castlevania: Lords of Shadow Collection, now available at retail. Downloading's easier – and cheaper – though.)

Throw in some quality voicework and music – par for the Castlevania course – and you have a game that's an improvement on all fronts, mostly. The cinemas still look a little shoddier than they could've been, and the story isn't as compelling as the original Lords of Shadow. Still, Mirror of Fate HD is an enjoyable entry in the series, and a nice holdover until the real conclusion arrives in a few months.

Revealed before E3, the best time of the year!