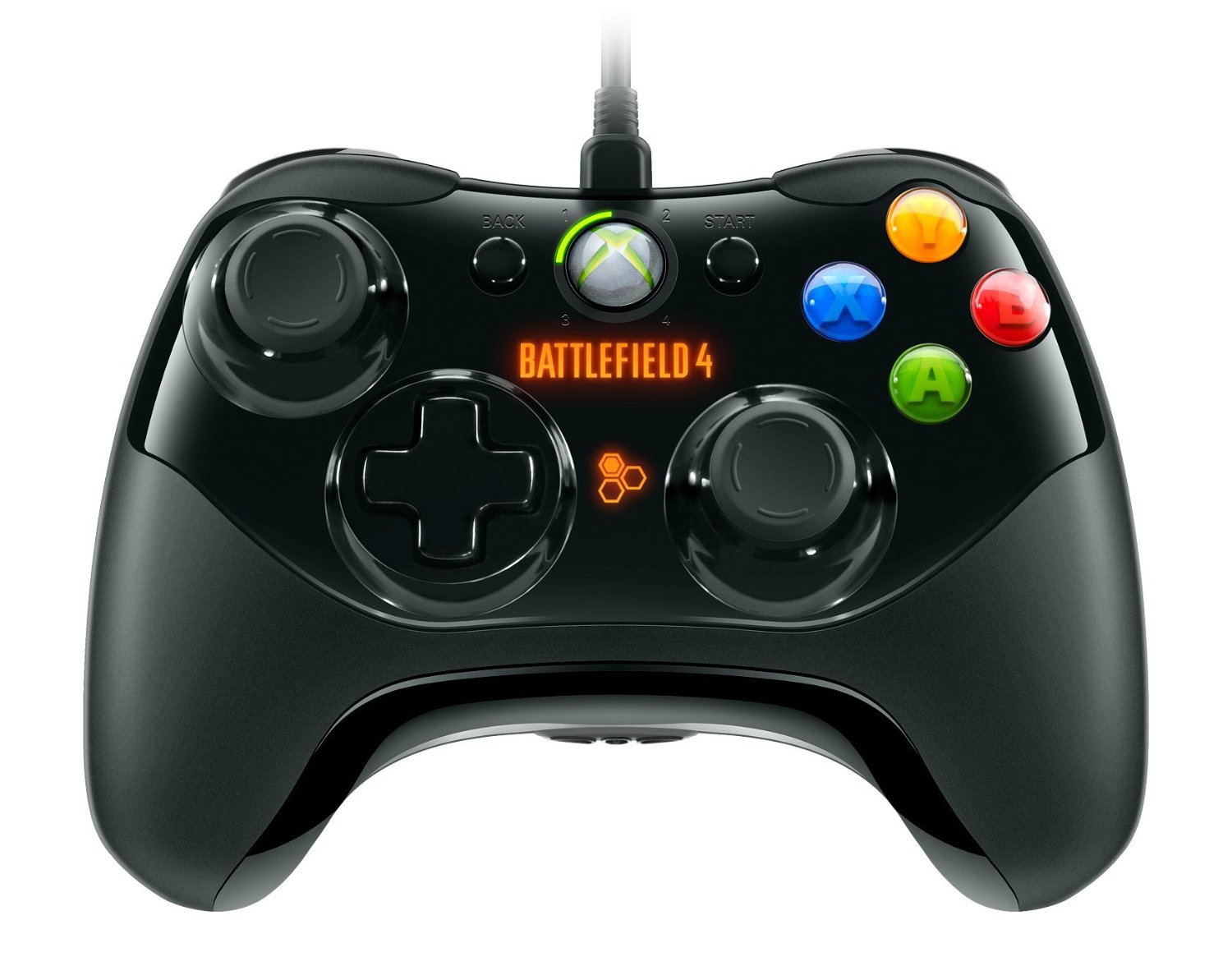 When you release a third-party controller, you want to make sure that you've got the right amount of quality put into it. Otherwise, it could easily be considered a cheap knock-off, something you'd shell out cash for when you can barely afford even half of the price of regular controllers. Sadly, you get what you pay for.

PDP has a pretty strong line-up of controllers, namely its Tron brand that it released well over a year ago. That did well for both systems, and got me interested in seeing what it would offer next. With the Battlefield 4 controller, it's trying to shoot fro something that would fit with hardcore first-person shooting fans, complete with neat little multi-function wheels on the back. Unfortunately, it just doesn't feel comfortable enough to use over prolonged periods of time.

The first thing I noticed is when I gripped the controller. It feels smooth overall, with a strong build and a slightly comfortable grip on the hands. However, it also has a slight edge that your hand may come across during play. Nothing that would rip it or cause harm, mind you, but over prolonged periods of time, you may notice very slight discomfort. That's admissible, though – and clearly something PDP can improve upon for future models catered to hardcore fans.

Next up were those multi-function wheels. These sit on the back of the controllers and provide functionality similar to – but not entirely like – the analog sticks. They're moderately handy when it comes to steering vehicles or getting out of a pinch in a hurry, but nothing beats the old analog action. Still, some FPS fans may get used to this feature.

As for the rest of the controller, it had its ups and downs. At first, the analog sticks were very responsive, and the shoulder buttons worked quite accurately, especially when it came to secondary mechanisms.

That said, I had a problem with the triggers. For some strange reason, they have the plasticky "clack clack" effect, which may distract certain players during their most dedicated sessions. That's not to say they didn't do the job – most of the time, they did – but the feel was just a little bit off, and the sounds they made could've been adjusted a little. I keep thinking about how well the Tron controller's triggers did by comparison. Not sure who missed what, but they need adjusting.

Finally, those analog sticks do wear down a little bit over time. Not to say they stop working, but every once in a while, they won't read a click-in, like when you want to sprint, you don't do so by clicking, and you get shot full of holes as a result. It's almost like they weren't testing for long-term durability. We stopped the session and started again, got over the problem…but then ran into it a little while later. We're not sure what to make of it.

Finally, the face buttons don't do the controller that many favors. The simple labeling lets you know what functions where, but there's nothing that really stands out in their design or performance. We've seen it all before. As for the Xbox Guide button, it's just a simple design. Considering that the rest of the controller has a cool orange-y glow complete with the game logo, you'd think the surrounding logo would have the same thing. Nope.

PDP is a great company, and they'll continue to make quality peripherals for years to come, especially with the new age of next-gen hardware. That said, the Battlefield 4 controller feels like a step backward. It's got some performance perks, but also some hindering issues that could get in the way of your dedicated game sessions. If you have to invest in a quality FPS controller, skip this battle and look elsewhere.

What were the highlights from the Performance Designed Products booth at E3 this year?

It's that time again for another episode of GamerHub Reviews Done Quick! This time we have another PDP product, the PDP Media Remote for the PS4!