The nWo Enter The Ring In WWE 2K14 DLC 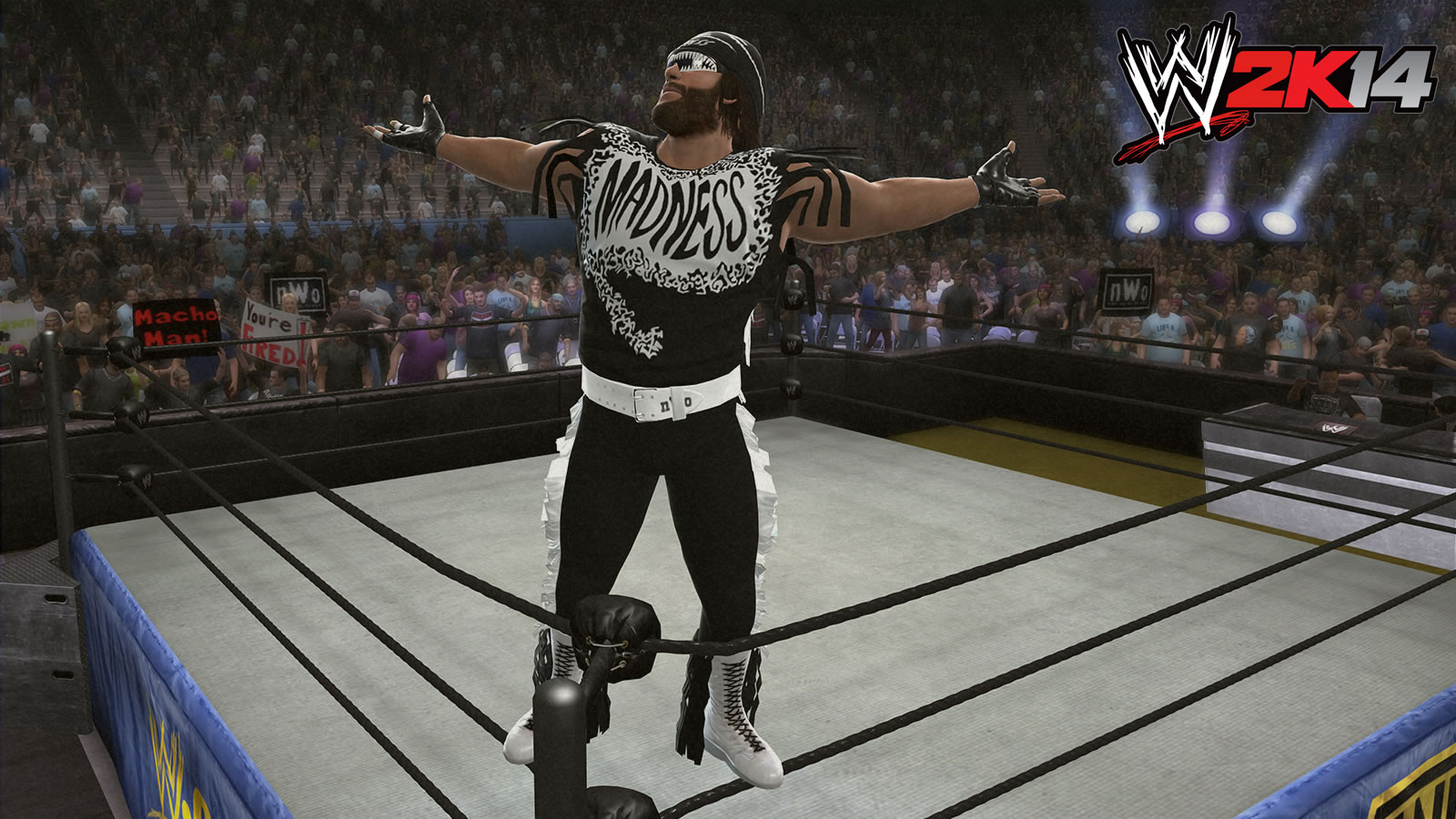 With WWE Survivor Series happening this Sunday November 24 at 8:00 PM/ET on PPV, we here at GamerHub TV decided to step into the ring with the newest DLC from WWE 2K14. This DLC is just too sweet!

The DLC features the nWo versions of the following WWE Superstars and Legends:

-The Giant (Free of Charge) 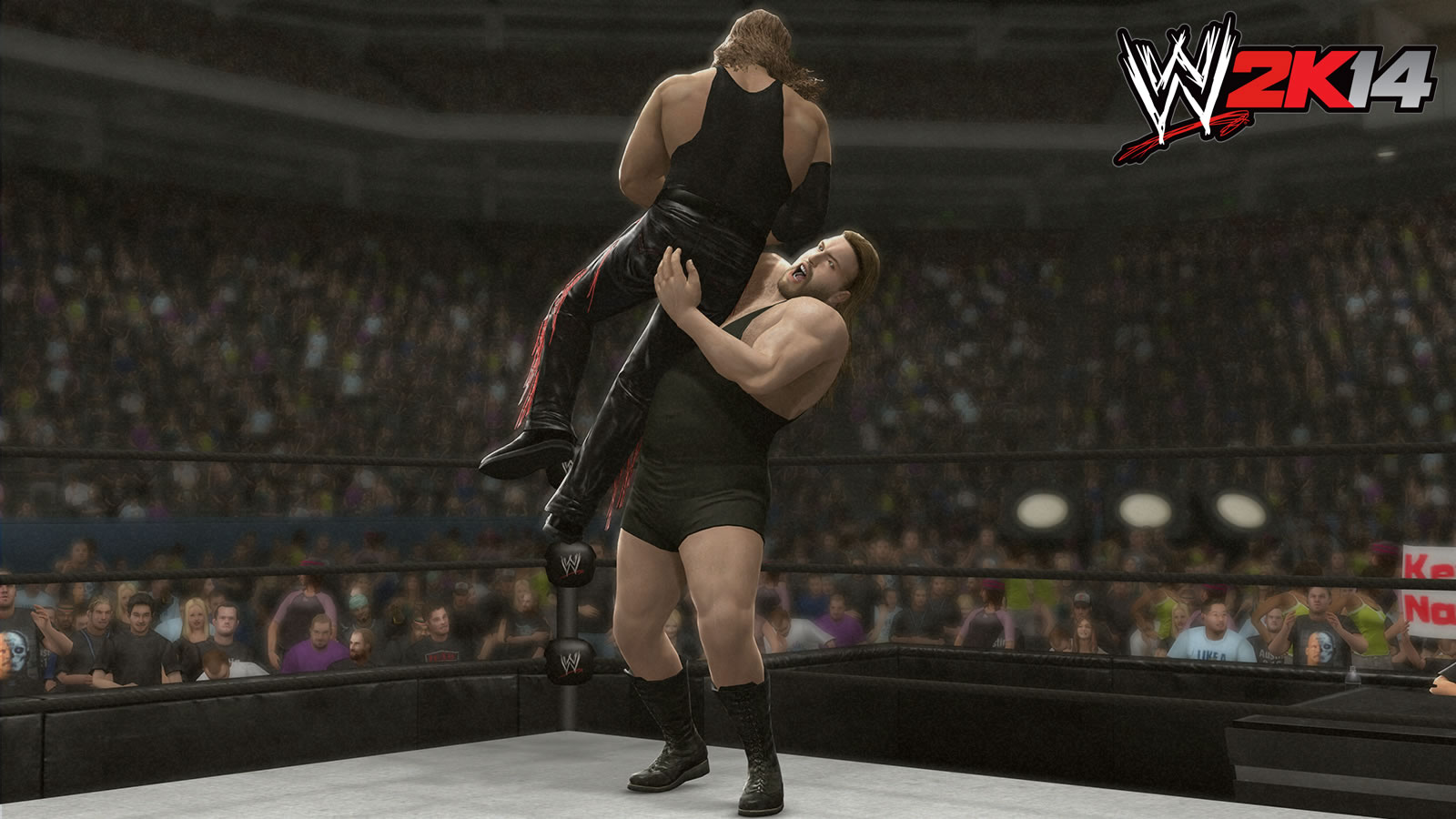 This DLC download gives the WWE Universe Curt Henning, Scott Steiner, and Syxx while Nash, Hall, and Savage are already in the game. While it is great to have the classic nWo versions of these wrestlers in the game, there are some minor gripes.

First, the nWo versions of these wrestlers will not be added as alternate attire. Instead, they will appear in the Downloaded Superstars section of the character selection screen. This means that there will be three separate versions of Kevin Nash, Scott Hall, and Big Show and two versions of Macho Man and Curt Henning (also appears as a manager).

This is a familiar gripe from the WWE Universe and it would have been nice to see those slots go to current wrestlers on the roster who were overlooked like The Usos, Rob Van Dam, Curtis Axel, Tamina, and Alicia Fox. The wrestlers all also come out with same Rockhouse nWo theme, which is also disappointing. At least a couple of wCw themes could have been thrown in there to avoid the severe repetitiveness. 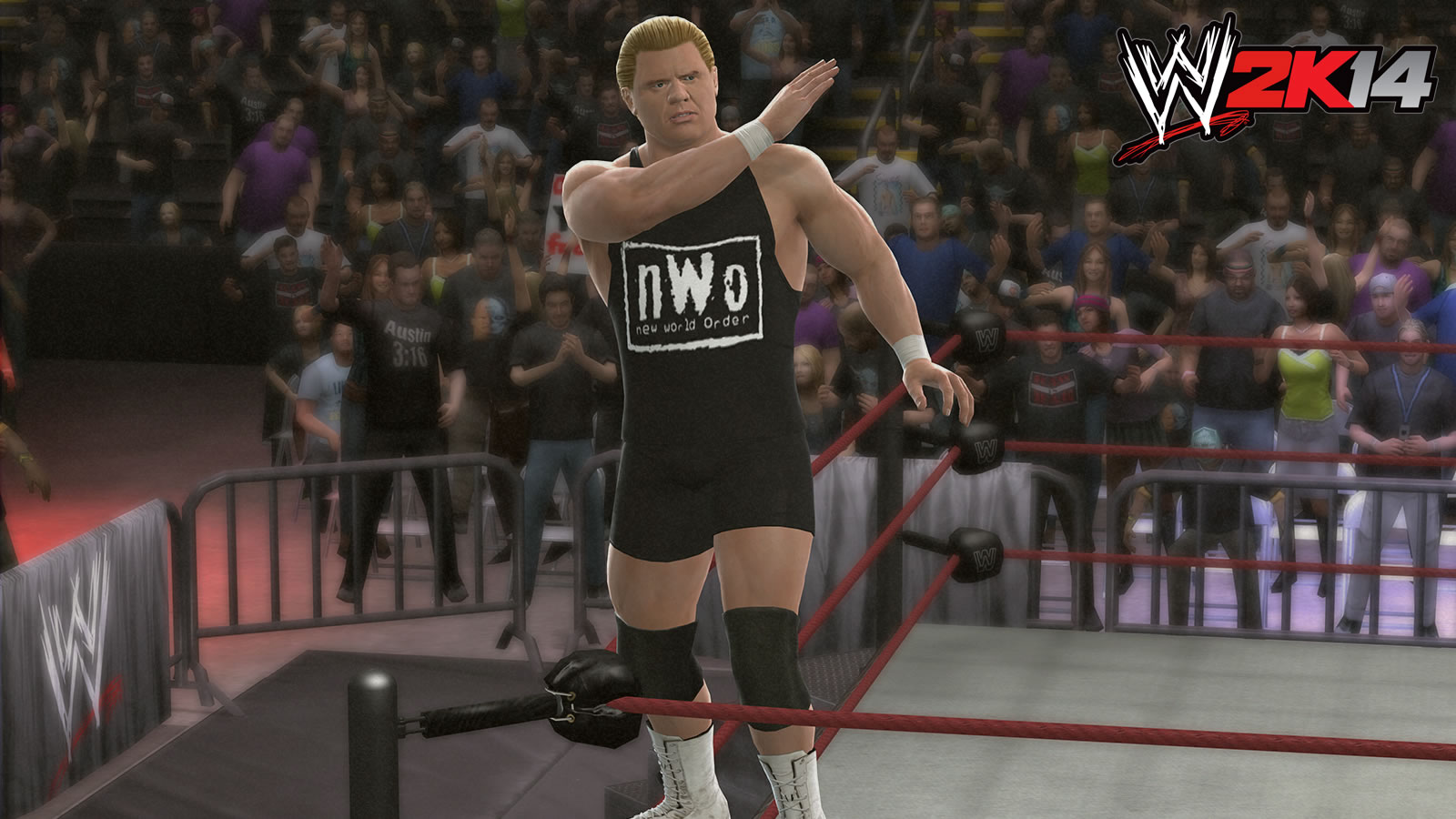 The wrestlers perform as they should, with their entrances and moves almost perfectly recreated for WWE 2K14. Mr. Perfect strolls to the ring with charismatic confidence while Syxx turns up the intensity as he walks down the aisle. From the Jackknife Powerbomb to the Outsider’s Edge, every move seems to be accurately recreated for the game. There are a few missteps, as the Steiner Recliner does not look as painful as it is portrayed on screen. Still, this is still a welcome addition to the already extensive WWE 2K14 roster as the nWo is one of the most popular stables in wrestling history.

The nWo DLC is a part of the Season Pass, which gives you all of the upcoming DLC at a reduced price.  The upcoming DLC features more superstars, legends, and moves that will only add to the WWE 2K14 experience. Also exclusive to the Season Pass are Kevin Nash and Scott Hall as the Outsiders. Each DLC pack costs $8.99 while the season pass is only $19.99! Save 25% and become immortal with the WWE 2K14 Season Pass today! So far, its worth the investment. 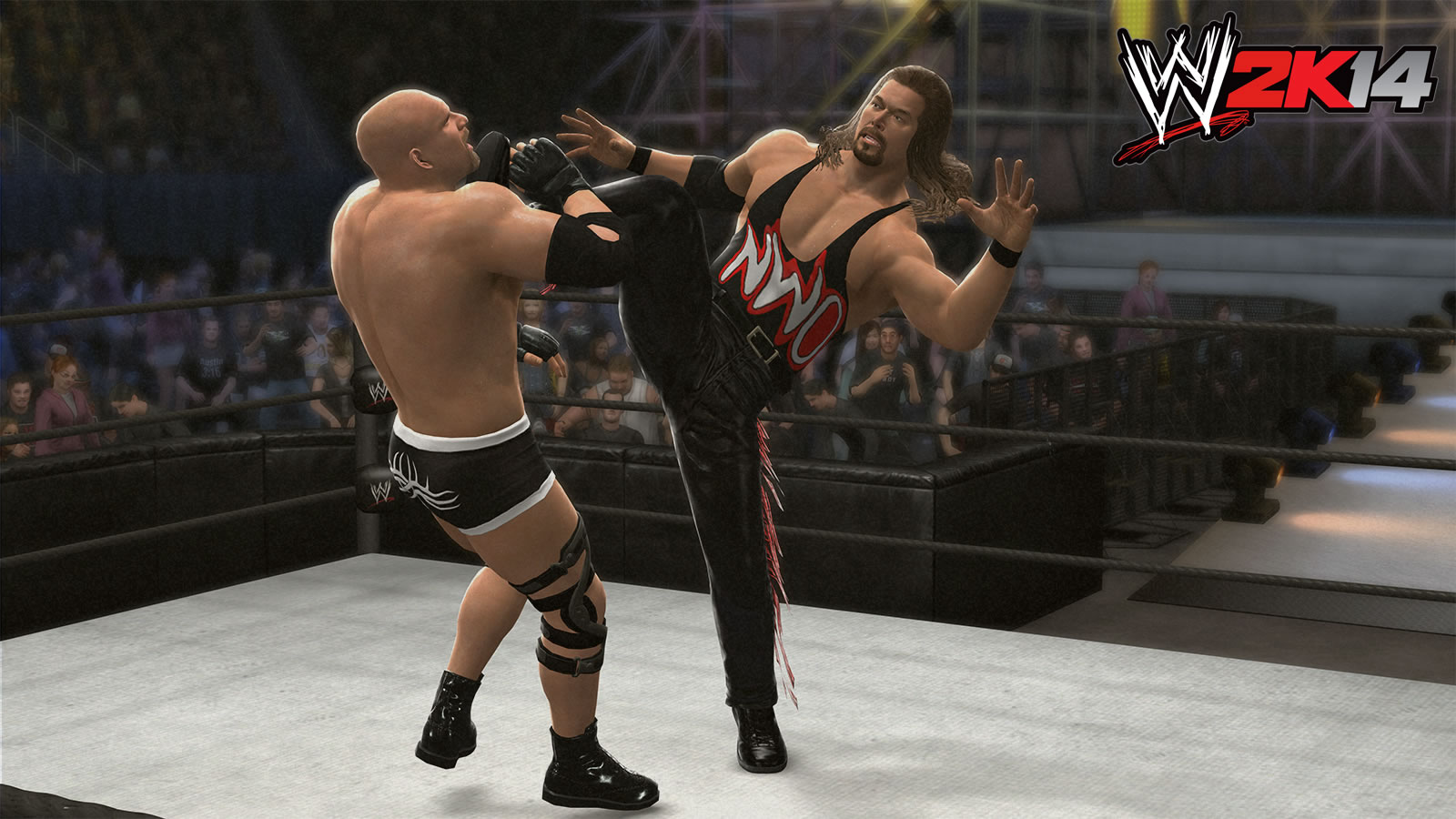