Ryse: Son Of Rome Carries A Sharp Sword Onto Xbox One 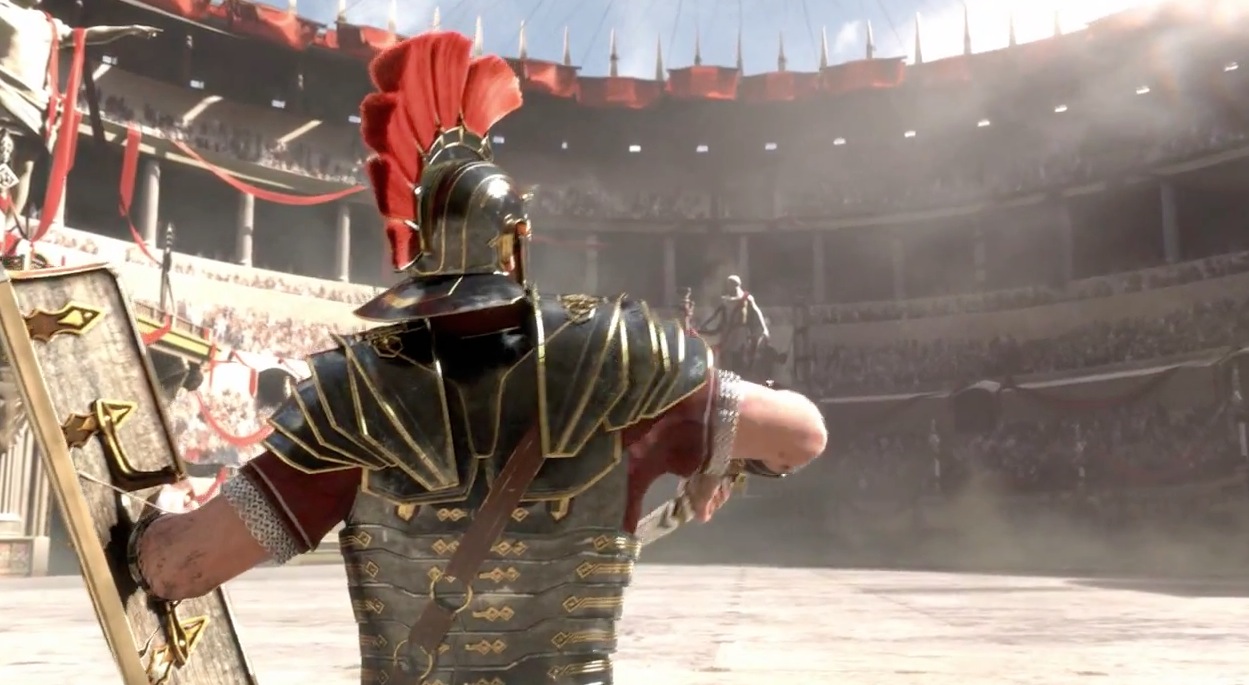 Upon its release on the Xbox One last week, Crytek's Ryse: Son of Rome has been lashed over the coals. A few select game critics have been raking it over the coals for its repetitive nature and "hokey" storyline. But, in essence, is it really that bad? I mean, let's be honest, Roman-based productions haven't exactly matched the caliber of Spartacus these days anyway – so why should Ryse be the focal point of "hokeyness"? It's not like someone says they're "horribly vexed".

Anyway, I decided to crack into the game myself after getting the game last week, and after hours of barbarian mauling and epic battles, I have to say…it's not nearly as bad as the critics let on. Sure, it has its flaws, and they'll be glaring to a few of you, but in essence, it sends the action/adventure genre roaring into the next-generation, just as Microsoft intended.

You play a Roman soldier who suddenly has everything ripped away from him in the heat of battle, including his father, who inspired him to fight in the first place. In a vow to fight back, he joins the 14th, a group of Legionnaires who will stop at nothing to get revenge against the barbarian horde. Though the storyline does have a few holes in it with certain characters, it's entertaining, and Crytek did a good job keeping up pace without bowing too much to needless emotion.

Now, as for the action itself, there's plenty of it. The combat is similar to the recent Batman games, as you can strike, counter and use your shield to break up guard of heavier enemies. As you wail away at them, a skull mark will appear over their heads, and you can either finish them lightly or move in for a devastating finisher. Matching up to on-screen color prompts – mostly yellow or blue – nets you a bonus, though they aren't required to happily gut your adversaries.

Does it get repetitive? Yes. But the God of War games utilize a similar "kill everything" mantra with Kratos, and Crytek simply adapted to its own style of combat. Though some kills do get the same over time (let's slice an opponent's neck and bap them with a shield the same way we did their buddies), they're still satisfying to a degree, and you can get creative with double kills as well, which are all the more satisfying. NEITHER OF YOU CAN BRING ME DOWN.

In addition, you can also skill up and introduce new techniques and finishers, which add some needed weight to the game. Though they aren't necessary to continue your wild slaughtering ways, they do add a little bit of diversity.

After you finish the story mode – which is satisfying and allows the main hero to seek his bloodlust-fueled retribution – you can tackle the online co-op mode with friends. Though this survival arena doesn't stand as firmly as other co-op supported modes – like, say, Gears of War – it has its own sense of bloody satisfaction, especially when you make it a killing contest with others. That sounds barbaric, but, hey, look at the ugly, armed cretins you're going up against. They deserve it.

Where Ryse: Son of Rome truly stands out is in its next-gen presentation. The visuals are truly outstanding, and some of the set pieces are really dazzling to behold. It's a real looker, and a quality demonstration piece for Xbox One. The music is fantastic as well, and the voicework is pretty good considering the territory these guys are treading. I just wish that whiny emperor would shut up. You're the leader of Rome, for heaven's sake.

Though there are some slips here and there – Kinect integration wasn't really necessary, the story mode is short and some gameplay segments, like the formation battles, could've been done better – Ryse: Son of Rome isn't nearly as bad as some people indicate. It's a visceral action game for those craving one in this generation, and an entertaining addition to your Xbox One library. Get over the "repetitive" issue and just go have yourself a Roman party. You don't even need a toga.