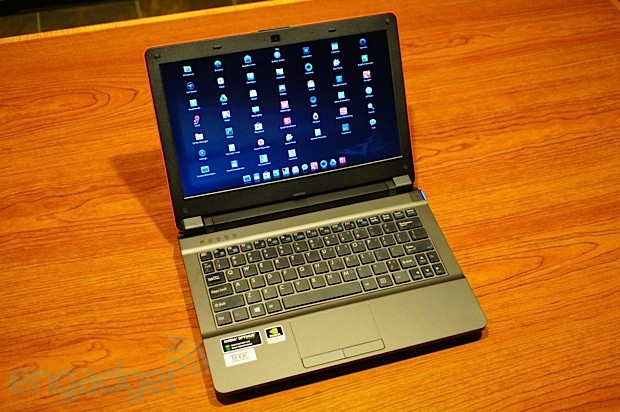 "The combination of CUPP's patented hybrid processing technology, along with a powerful and flexible system such as the ORIGIN EON11-S, provides an excellent demonstration of compelling user experience, with superior battery life, and ability to run both Android and Windows seamlessly on a single system," said ArtSwift, CUPP's CEO.  "In addition, having CUPP's dedicated low power processor module in the system will enable new features such as always-on end point security for mobile devices," continued Swift.

"We are thrilled and delighted that CUPP chose our EON11-S to power their latest and innovative technology demos." said Kevin Wasielewski, ORIGIN PC CEO and co-founder. "The addition of CUPP's low power modules inside our award winning EON laptops could provide a whole new dimension to customers, which is the type of innovation we are proud to deliver." said Kevin Wasielewski.

In its CES suite, CUPP will also be demonstrating its GateKeeper hardware (ARM) based end point protection technology which was acquired by CUPP from former Yoggie Security Systems of Israel. The low power Gatekeeper technology enables defense in depth on mobile devices for uncompromised device and network security that has been missing in the mobile segment. CUPP expects to announce new versions of Gatekeeper later this year.

ORIGIN PC builds custom, high-performance desktops, workstations, and laptops for hardware enthusiasts, digital/graphics artists, professionals, government agencies and gamers. ORIGIN PCs are hand built, tested, and serviced by knowledgeable gaming enthusiasts, industry veterans, and award winning system integrators. Every ORIGIN PC comes with free lifetime 24/7 support based in the United States. The ORIGIN PC staff is comprised of award-winning enthusiasts, experienced in the gaming and PC markets who want to share their passion with others.