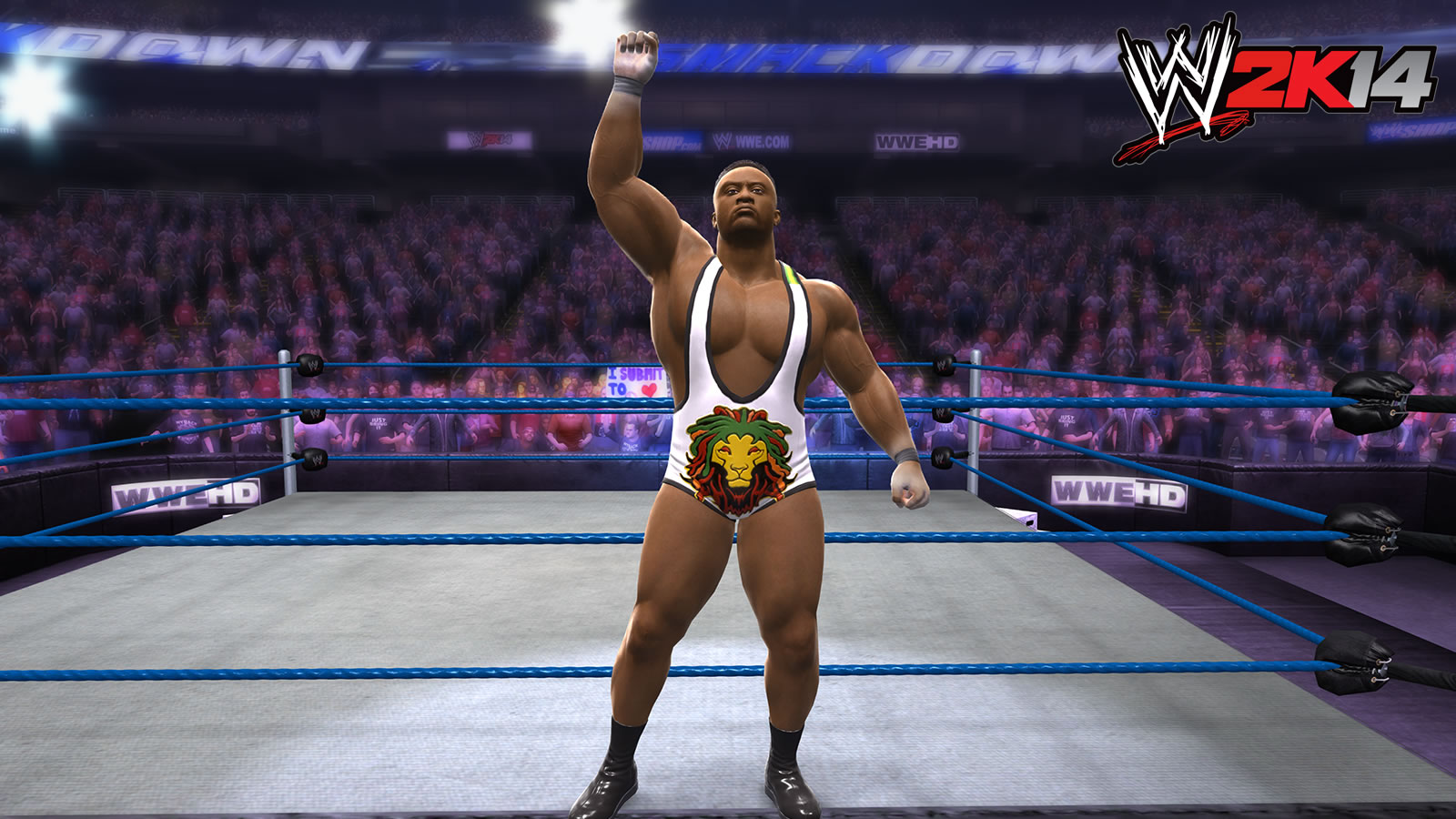 The newest DLC Pack from WWE 2K14 has arrived and as always GamerHub TV is here to take the pack to the mat. This DLC pack, entitled WWE Superstars and Moves Pack, collects two of the WWE fastest rising Superstars, two Total Divas, and the First Lady of NXT. This DLC pack also brings over 30 new moves and taunts to the WWE Universe. Let’s ring the bell on this newest DLC offering from 2K Sports and determine if it’s worth your download.

Big E Langston is the current WWE Intercontinental Champion and a true power house in the ring. The former heavy for Dolph Ziggler and A.J. Lee is now on the fast track to a successful singles career in the WWE. Langston is represented almost perfectly in WWE 2K14. From his chalk slapping entrance to his powerful moves. The chalk remaning on his hands adds great detail. It is disappointing that with the addition to using real voices during entrances and taunts, that there is no additional audio in Langston’s entrance. This is a minor gripe as his character model is fantastic and his moves and entrance are accurate. Langston will soon become a fan favorite in WWE 2K14. 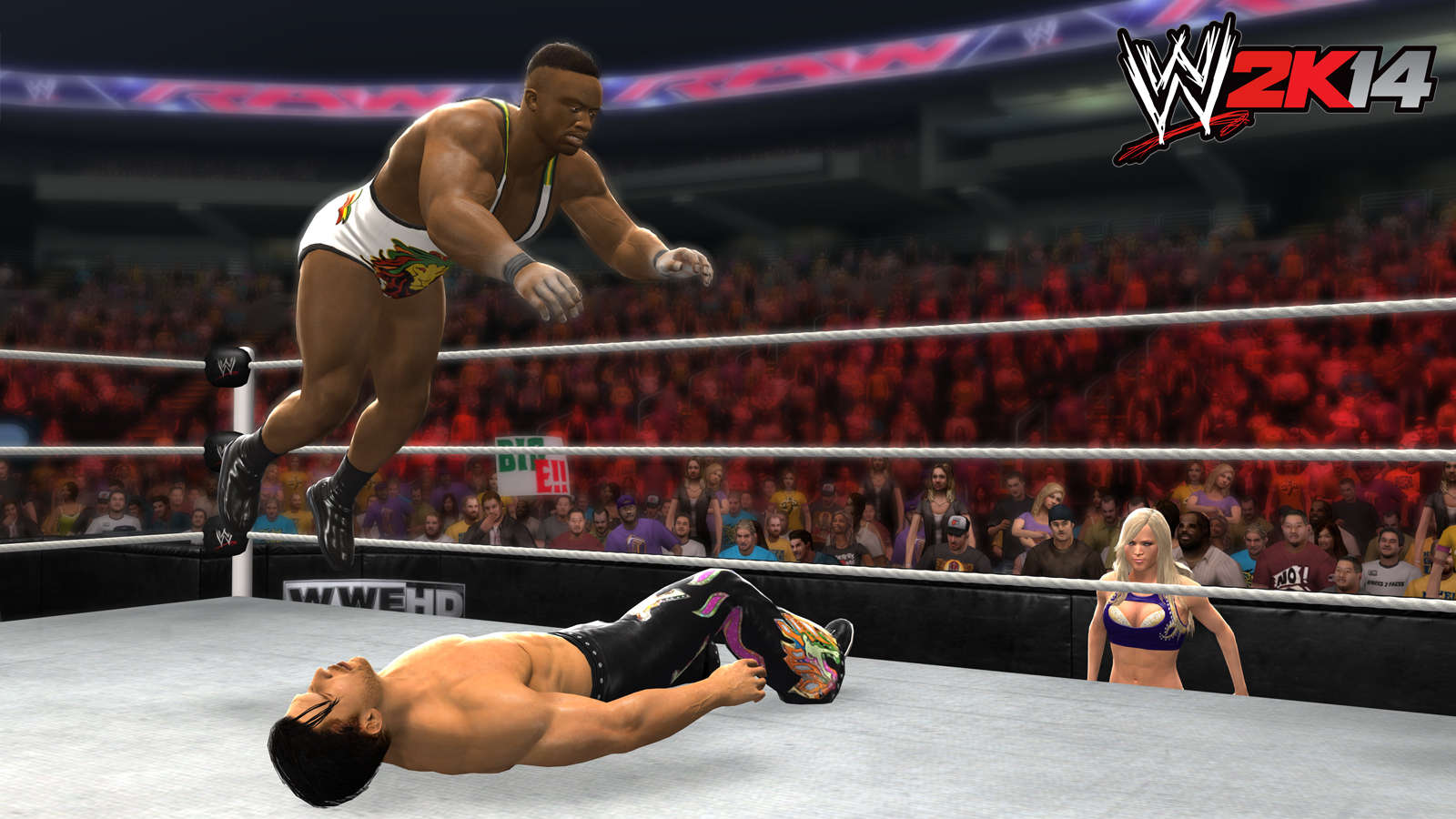 Dancing wrestlers, as contradictory as it sounds, are nothing new to the world of sports entertainment. The current disco inspired superstar is none other than Fandango, (pronounced Fan-Dan-Go). This flamboyant WWE Superstar has had an impressive debut year. While he has been noticeably absent from WWE television recently, his victory at WrestleMania 29 over Chris Jericho proves that he will not be gone for long. Fandango may become the most fun character to play in the game. 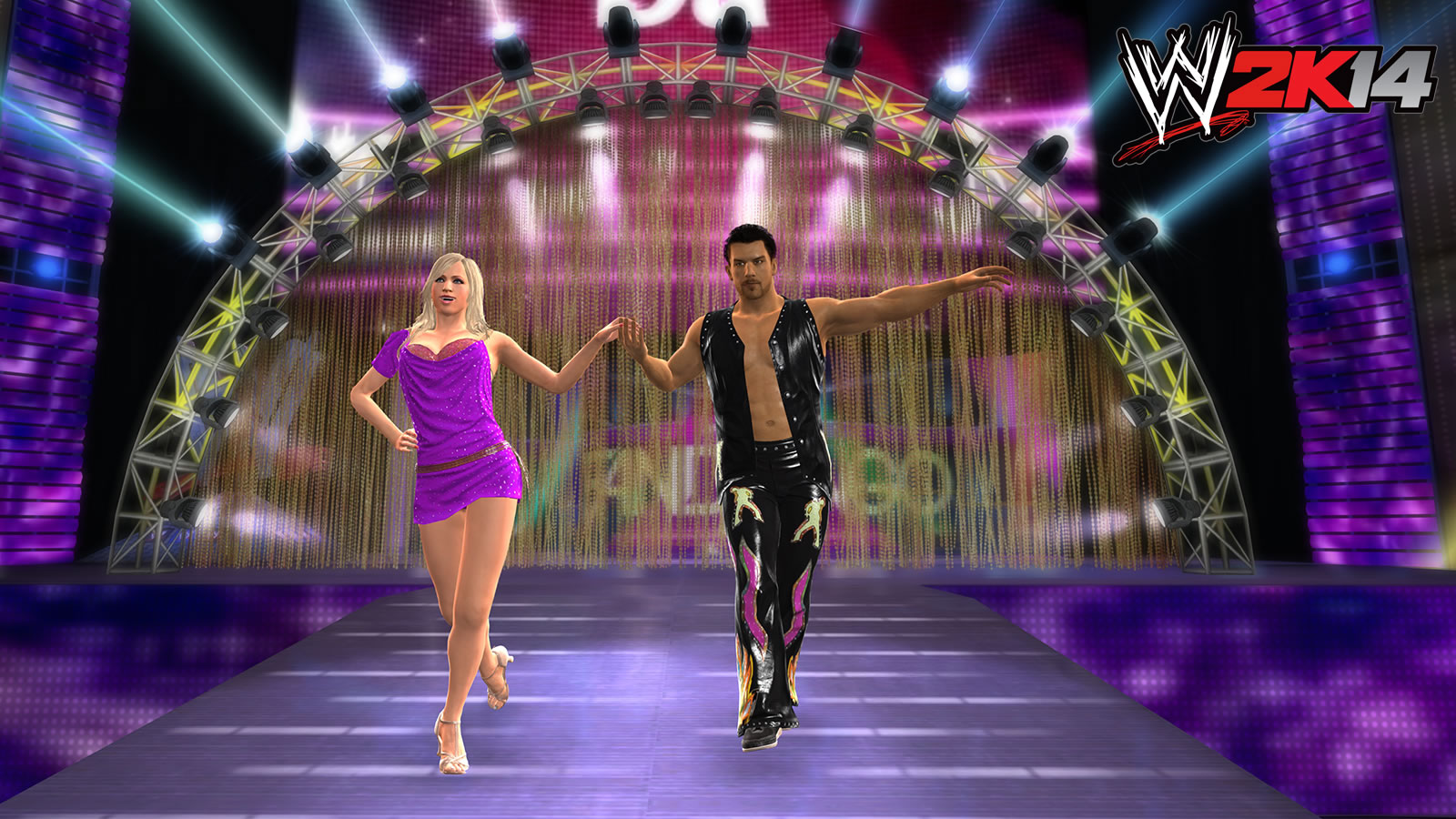 Fandango dances to the ring.

While he dances circles around his opponents, his move set is accurately brutal.  His entrance is recreated perfectly and Summer Rae accompanies him to the ring without selecting her as a manager. The problem is, she disappears from ring side until the match is over and then he returns. This oversight is minor, but confusing since she is a character in the game. Still, when you defeat your opponent Fandango reminds you how to properly say his name.

Speaking of The First Lady of NXT, Summer Rae makes her WWE video game debut in this DLC pack. She is a adequate Diva on her own and she is accurately recreated from her days as a part of the fulltime NXT roster. Accompanying Summer Rae in this DLC pack are two of the stars of VH1’s Total Divas, Nikki and Brie Bella. The Bella Twins are no strangers to WWE DlC packs, and in my opinion they are a welcome addition to the roster. It is disappointing however, that they play and look exactly the same. It would have been great if each of the Bellas could have their own personality, which has been showcased on WWE TV recently. Nikki has a tomboy look going while Brie is more aggressive in the ring.  With those issues aside, the Divas roster on WWE 2K14 is severely lacking depth, so the addition of three divas is more than welcomed. 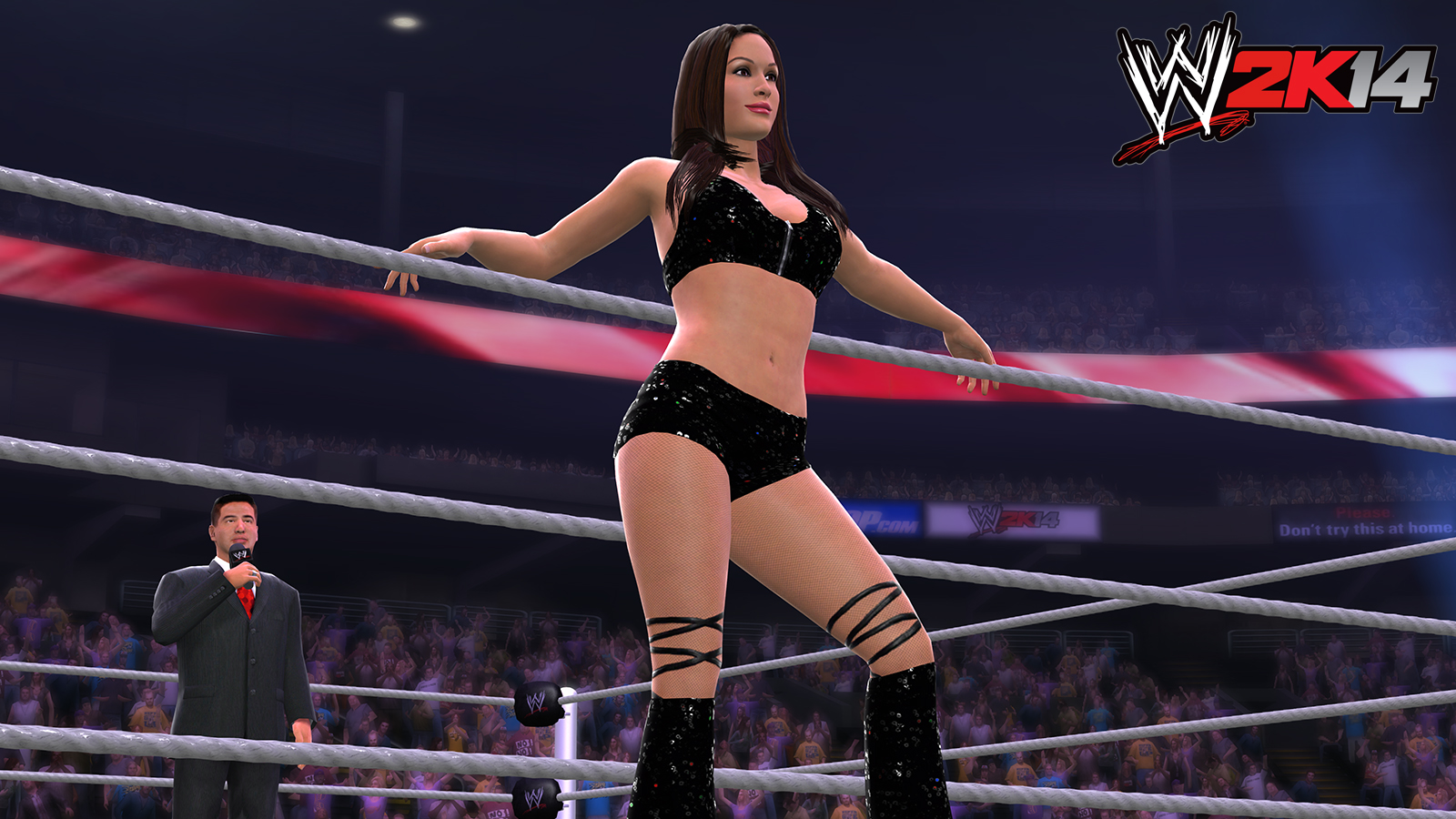 Nikki Bella returns to the ring int he latest DLC.

The moves added to the game are a nice addition. A.J. Lee’s Black Widow and C.M. Punks Koji Clutch are there along with over 30 other moves. It would have been better to have more superstars, but the moves look great and are a nice edition. In the next moves pack for the next WWE game, 2K should add a feature where you can view only the downloaded moves from the pack.

The WWE Superstars and Moves pack is free for those that purchased the WWE 2K14 Season Pass and $7.99 if you buy it separately. The pack brings a lot of new content to the game. 2K Sports worked hard on accurately representing the Divas and Superstars in the pack. You will download this pack for Big E Langston, and you will stay for FAN-DAN-GO! This is a must have for every WWE 2K14 owner.