Technically, you could say that Need For Speed: Rivals is Need For Speed: Hot Pursuit 2, as it takes a number of aspects from Criterion's 2010 racer and polishes them up with a few new touches. But, honestly, the Rivals name works better, especially considering two things.

First, the online world. Being able to race against friends or simply tag someone for a quick race is impeccably cool, just as Criterion made it back in 2008 with Burnout Paradise. Plus, you can establish actual rivalries and make each event count that much more.

Second, it's a new generation. This marks the first time that Need For Speed makes its arrival on the new consoles – the Wii U's port of Most Wanted doesn't really count – and EA really takes advantage of the PS4 and Xbox One hardware in the best way it knows how. Although this doesn't redefine what the series is about, it does the next best thing – presents an extraordinary racing experience online and off.

The game gives you one of two career choices – playing as a cop or going all-out as a most wanted racer. Both have their benefits, but there's something about siding with the law that's a little bit sweeter. These aren't your typical cop car rides, but rather souped-up sports cars that are fitted with great capture tools, including the spike strips that can easily slow an opponent down. They're also built for damage, though you do want to track down a repair shop in-between missions, lest you trash your vehicle.

As for the racer side, it's fun too, as you can unleash shock waves on opponents or use a jammer to keep the cops off you for a little bit. The only downside is that the AI can be relentless. You could pull off every trick in the book, and yet the cops will still go out of their way to find you. The best thing you can honestly do is gun it towards a safe house, or you'll lose all your Speed Points.

Ah, the Speed Points. This is a wonderful currency system that rewards you for taking risks, and allows you to level up and earn some higher-profile rides in the process. It's addicting taking these risks, though it's really painful if you lose everything in a bust or a sudden wreck. Ouch.

The gameplay is exquisite. The handling of each of your vehicles is as spot on as it can be in the Need For Speed universe, and the high-speed races truly are a rush, with even the slightest mistake costing you a run-in with a wall. The ability to tag your friends and take part in quick events is cool, too, without the need to boringly slow down and say, "Hey, let's race." You've got things to do. The ability to race in teams is sweet as well, if you've got a few friends to burn the midnight oil with.

Rivals' presentation is also great as far as current-gen technology goes. Granted, they don't push beyond the borders like Forza Motorsport 5 does, but the city of Redview County looks great, with miles of terrain to cover. The weather conditions add a great dynamic to the game, and the cars, well, they look sweet. That goes without saying. The audio is good too, with lots of police chatter and roaring engines. The music doesn't go too far out of its way to please us, but it's background noise anyhow. 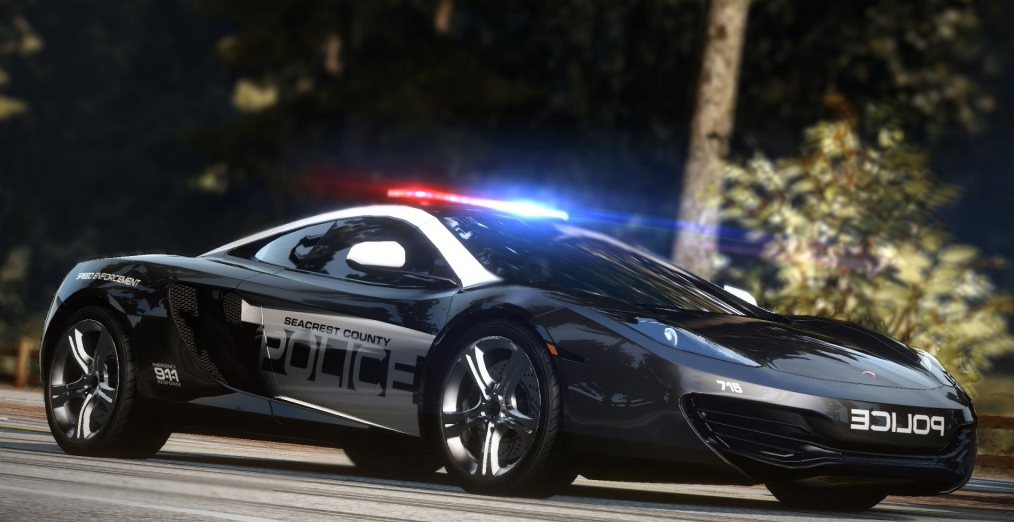 Need For Speed: Rivals doesn't reinvent the wheel, but it sure makes it shine. Despite AI problems, the game delivers on its online promises, and the presentation and gameplay couldn't be better. If you're looking for a driving game to spin your wheels with this holiday season, buckle up with Rivals.