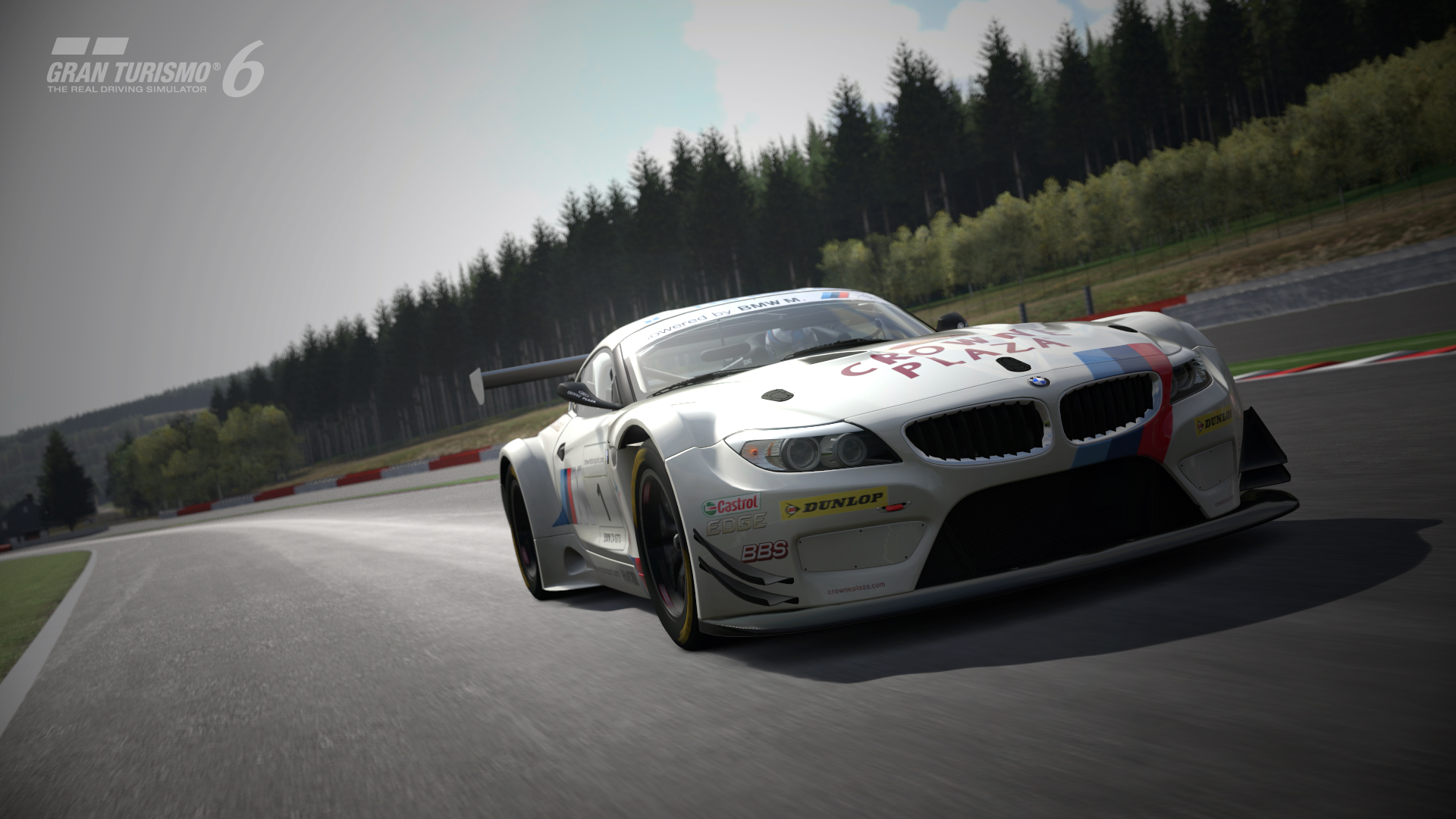 Sony has made some good decisions this year when it comes to video game business – releasing Tearaway in a timely manner for PS Vita, the PS4's launch, delaying DriveClub when it clearly needed it – but one decision I don't really "get" is why Gran Turismo 6 had to be a PlayStation 3 release. We already had our defining moment with the series a few years ago with Gran Turismo 5 – and its XL expansion, at that – so I don't get why Polyphony Digital couldn't have just worked on it for another year and made it a true contender for 2014.

Regardless, Sony opted to go the PS3 route anyway, and a lot of fans of the series will find familiarity galore here. The control options are mostly the same, there's a slew of new cars and tracks to open up, and the visuals don't really go too far beyond what the last game had to offer. That said, the driving experience itself is impeccable, even with its slightly dated engine.

What really feels right about Gran Turismo 6 is its gameplay. You can use either push-button controls to make the car do your bidding, or go with the preferred method of analog sticks for control and acceleration/braking, which feels tremendous. The individual performance of each car is quite astounding, even if some are better than others, and the new challenges that open up will certainly keep you busy. There's even one where you can drive a rover on the moon – hardly a dream course, but, for some, it's well worth unlocking.

Gran Turismo 6's campaign spreads all over the world, with a number of great circuits and vehicles available. The only downside is that you'll really need to be dedicated to unlock them all – or, at the very least, plunk down some cash through in-game microtransactions. This can be annoying, but it's optional – sometimes, the road best traveled is the one you keep going down, just to see what's ahead.

As loaded as Gran Turismo 6 is, some features are still waiting to be added in a future update. This bums me a little, as it makes the game feel, well, like it's at 98 percent – something Gran Turismo 2 players will be very familiar with. That's not to say it's broken, it's just that I would've preferred to wait a couple of months and get the complete package, rather than uploading update after update just to get the ultimate pack.

As far as visuals go, the car models are superb. It really feels like you're coasting in the various models that you get behind the wheel of, and the performance for each one, again, is very lifelike, right down to how you take the corners. For good measure, you can also turn on supplementary driving aids to get the most out of each race, although sometimes the AI can be a bit pesky in terms of behavior. Sluggish one moment, defiant the next. It's like they're suffering from bipolar disorder, right there in the car.

On the other hand, some of the tracks need work. Most of them look great, and the game moves at a fluid 60 frames per second for the most part, but then glitches appear. Obviously, Polyphony Digital cares enough to patch these over very quickly, so you might not notice. But considering how well used the engine was with GT 5, you'd think this would be a thing of the past.

At least the audio is good. The different engine noises and sound effects are lovingly recreated, no matter what condition of road you're driving on. The background music is also good, and keeps you in the mood to race – you know, since you still can't use your own. Here's hoping we get a fix for that by the time GT 7 rolls around.

Gran Turismo 6 isn't a bad game, not by any means. It's still a very strong simulation, loaded with hours of activities and plenty of sweet rides to unlock. Still, it's a slight notch below GT 5 with its graphic hiccups and missing features. If you can't get enough of the series and can forgive its lack of a debut on PS4, then by all, means go for it. Otherwise, well, there's always the future...

Or Need For Speed: Rivals.