Forza Motorsport 5 Revs Up A New Generation Of Racing 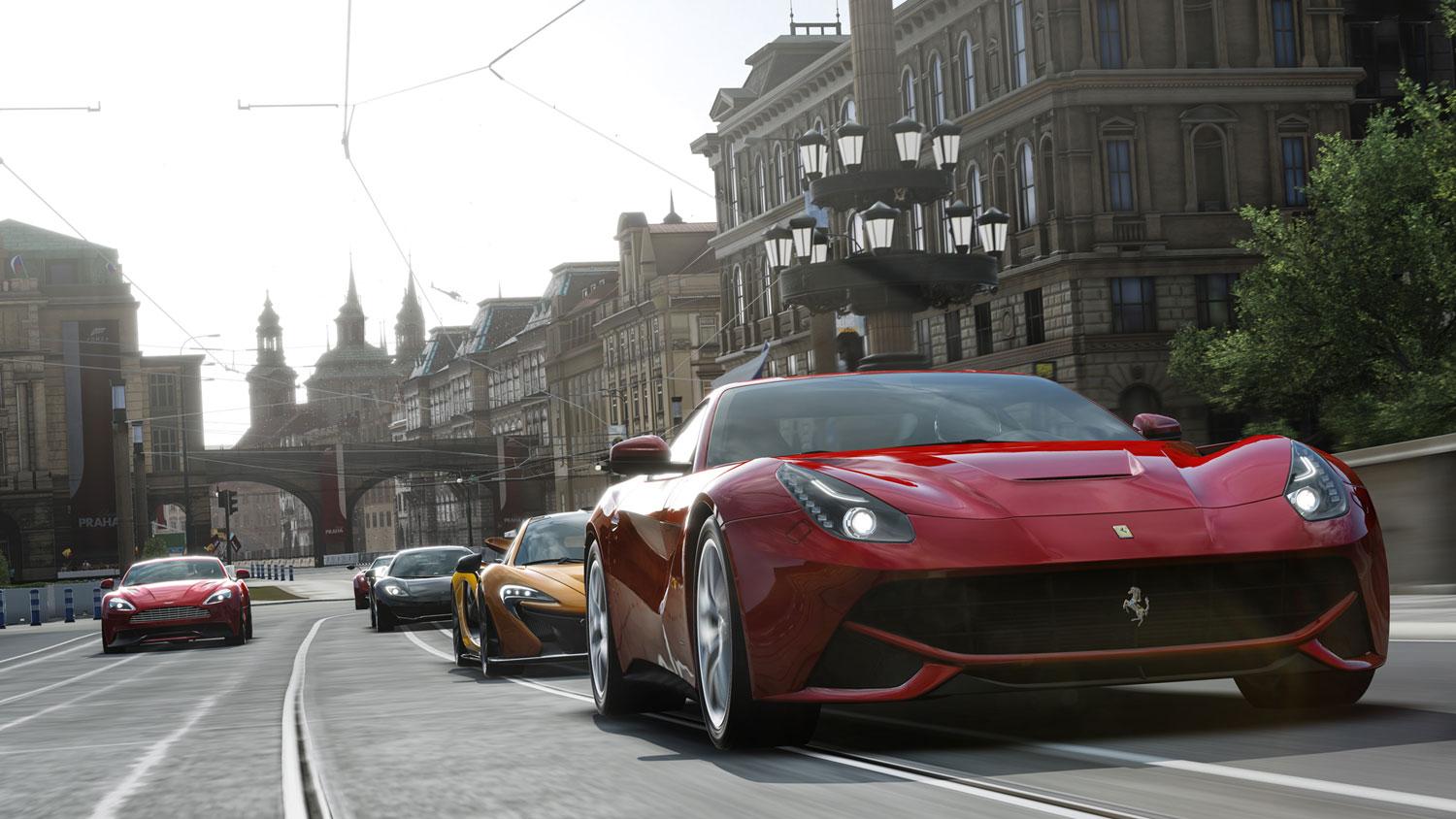 Over the past few years, Microsoft has managed to establish its Forza Motorsport racing series on the same level as Sony's premiere Gran Turismo series. Sure, it works a little bit differently, and Forza Horizon was an interesting off-shoot that didn't fit the "serious" driving mantra, but with each game, Turn 10 Studios has gotten better and better. That defining scale continues to move upward with Forza Motorsport 5, which provides a heck of a racing experience for Xbox One.

As you might expect, most of the nuances from Forza are intact with part five. You have a fine selection of cars to choose from, even though some may cost you a little extra per microtransaction; you have several tracks across the world that you can challenge, either in career mode or general races; and the chaps from Top Gear return, providing a bit of humor and vast knowledge each time you run into them.

In other words, this game pretty much has everything a serious driver would want. And you don't necessarily have to spend money on Microtransactions if you choose not to, meaning you'll get more than your value's worth out of your initial $60 purchase. Just a heads up to those who couldn't help but scream, "Ripoff!" in an unfair tone.

Anyway, the driving itself feels terrific. Turn 10 has really put together a system that shows what the Xbox One's controller is really capable of, in terms of force feedback and precision. Handling turns is awesome, no matter which car you use; and you can add to the challenge by acquiring a few open-wheel cars (good luck with those) or turning off the numerous driving aids that help you around turns. The rookies, however, are probably better off leaving everything on. In short, this game has something for everyone, no matter your skill level.

Slight word of warning, however – the game utilizes a Drivatar system where AI driver behaviors are made from your friends' performances on the road. It's a dynamic set-up, and one that'll earn you money even when you're not racing, but the drivers can be a bit too erratic for their own good, trying to ram you off the road and such. A Rewind feature enables you to make up for any mistakes, though it will cost you some money when prizes are handed out. Just a heads up there…

Forza 5 also enables some great competition, through lap times and general racing through Xbox Live. It works suitably well, thanks to Turn 10's online programming savvy, and the matchmaking system assures you won't be put against anyone with a higher ranking than you. It's just a matter of building up and getting there.

Now, the presentation is something else. Turn 10 has smoothed this thing over to run at a suitable 60 frames per second. It's not a perfect effort, per se, as there are slight glitches here and there. However, it is a tremendous step up from Forza 4, and the car models are nothing short of dazzling.

Likewise, the audio will take you for a ride in itself. The engine effects are superb and keep you involved, and the voiceovers (from the announcers and Top Gear team) are spot-on. The orchestrated music rocks too, though it does get a little repetitive over time.

One small downfall to Forza 5 is availability of content. The tracks and cars are superb, but there's a lower count here than in Forza 4. Perhaps Turn 10 was pressed for time in development and couldn't include everything, but it's slightly disappointing that the only way that the garage will open up is via DLC.

Oh, well, beggars can't be choosers. The fact of the matter is that Forza Motorsport 5 is one of the most well rounded racers you'll play this year, no matter your driving style and expertise. There's something here that everyone can get into, and the really competitive drivers will have their hands full. Throw in an unprecedented presentation and you have a game that defines how next-gen driving games should be. Bring on the next round!