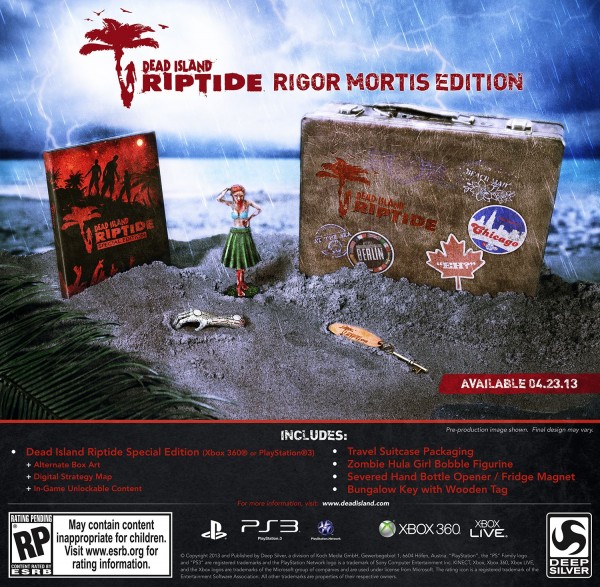 The contents of the Rigor Mortis Edition are extremely limited and are available for preorder now at retailers across North and Latin America on a first come-first serve basis with a suggested retail price of $80. In the haunting, superb-quality Rigor Mortis Edition, Dead Island fans receive their very own zombie hula girl bobble figurine, a bloody zombie arm bottle opener magnet and a bungalow key with a branded wood keychain.  In addition, the Rigor Mortis Edition will include a copy of the Dead Island Riptide Special Edition for console, packed with a treasure trove of extra DLC content and a helpful digital strategy map. All of this is embalmed in the ultimate Dead Island replica suitcase – the most iconic item from the original Dead Island.

More than four million players around the world survived the ordeals of the zombie infestation on the once beautiful island resort of Banoi. Our group of survivors thought they had finally found a safe place away from Banoi to escape from this terrifying nightmare.