Max: The Curse Of Brotherhood Offers A Well-Drawn Conclusion On Xbox One 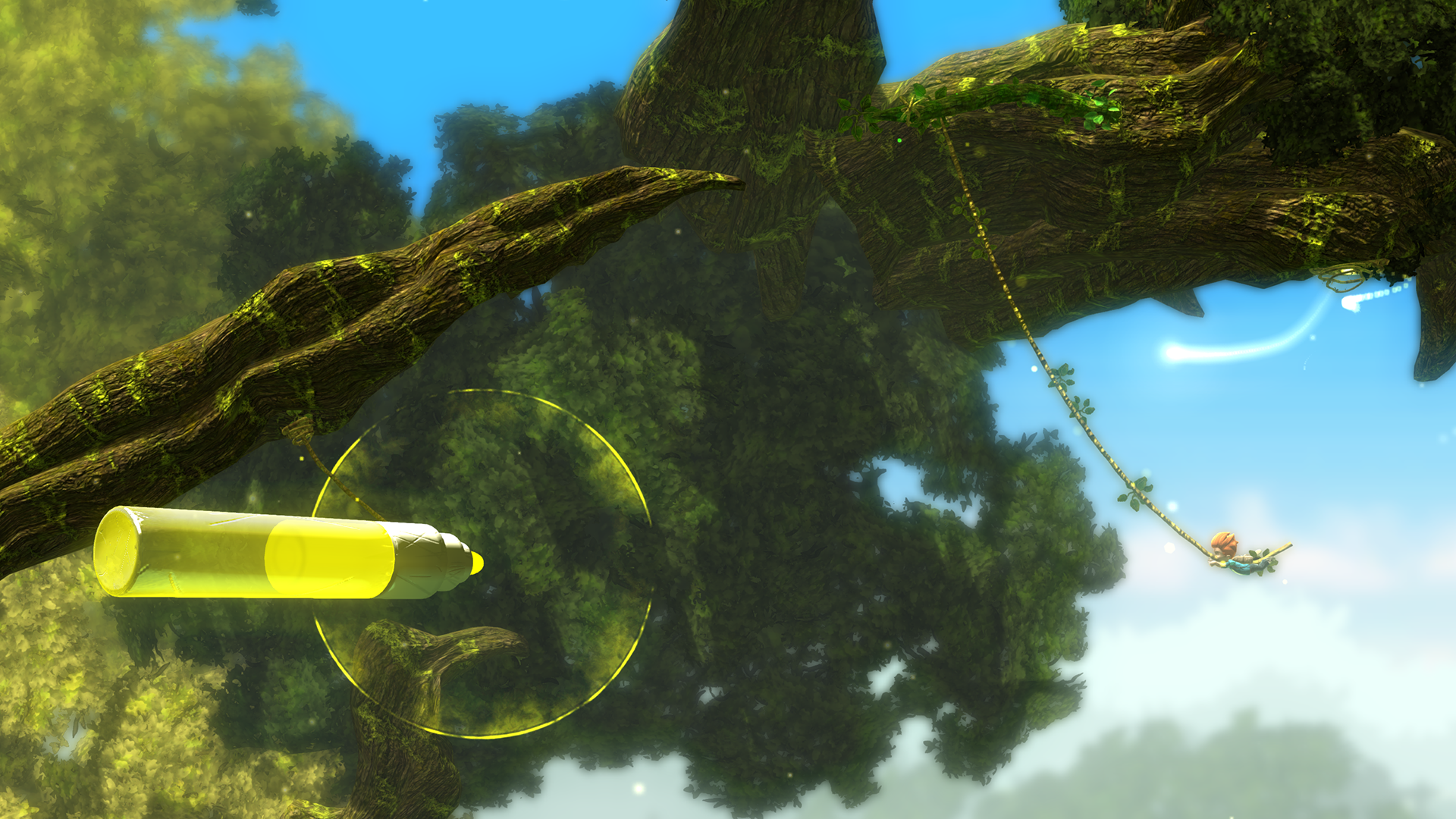 I have to admit I wasn't much of a fan of Max and the Magic Marker when it first came out. I'm not sure if it was the Wii control implementation or the way the marker drew on the screen for the first time – it just felt off to me. Still, the team at Press Play had enough good ideas behind the franchise that I wouldn't mind seeing what it would offer with a sequel – and that's just what it brought with The Curse of Brotherhood for Xbox One and PC.

The game has a simple premise, as Max takes the Labyrinth-esque task of summoning his annoying brother to another realm, only to regret it at the last moment and vow to rescue him. What follows is an adventure that will test his platforming skills, as well as the ability to use a magic marker to summon items in the environment, such as platforms or ropes to climb on.

Max's gameplay remains the same as the original, but the game takes a much simpler approach with its control scheme on the Xbox One. That's not to say it's perfect all the time, as there are instances when your marker doesn't quite draw out what you're aiming for the first time around. However, for the most part, it's still an improvement over the original, and you don't have to worry about those cruddy motion gimmicks getting in the way.

Along with classic platforming that any fan of the NES/Genesis era will easily identify with, Max: The Curse of Brotherhood has some creative puzzles that may require some tinkering to solve. They aren't impossible, but you will be tapping your noggin trying to figure them out. Thankfully, you have more than enough lives to do it with, so if you do perish, it's not the end for good ol' Max.

Although the game isn't the best we've seen when it comes to Xbox One visuals, Max: The Curse of Brotherhood does look better than its predecessor. The wondrous fantasy world that Max visits – filled with dangers and all – is quite fun to explore, although he does look like a fish out of water on more than one occasion. Also, the cut scenes are enjoyable, though a bit choppy at times – something a little clean up would certainly benefit.

As for the sound, it's not bad. The in-game music fits Max's imaginative style, and the sound effects and voicework, while hardly top of the line, fit their necessary parts here.

There are plenty of moments throughout The Curse of Brotherhood that you'll enjoy, including plenty of creative solutions involving good ol' fashioned timing and marker use, as well as unique levels that shake things up on occasion. The final boss fight may take a bit longer to figure out, though. You've been warned.

Regardless, don't let the destination throw you off from the journey. Max: The Curse of Brotherhood validates the franchise with beautiful design and gameplay that doesn't rely on cheap gimmicks to get by. If you're in the mood for a platforming adventure or something "off-the-mark" for your Xbox One gaming needs, this is worth checking out.