It’s been said that Michael Crabtree possesses the best hands in the NFL. Now, with the help of Ubisoft, makers of The Hip Hop Dance Experience video game, Michael will show he has the footwork to match. Ubisoft has partnered with the 49ers wide receiver and released a video offering a behind-the-scenes look at the creation of Michael’s new signature dance move, inspired by the new video game, The Hip Hop Dance Experience. 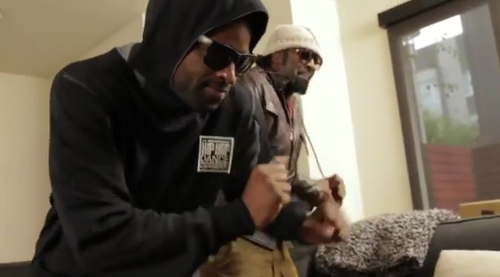 Michael Crabtree gets into The Hip Hop Experience

"Back in the day, I remember watching guys like Deion Sanders and Terrell Owens score touchdowns and being just as excited to watch their celebration dances as I was to see them score,” Michael Crabtree said. “I’m hyped to finally have my own signature move that blends my southern Texas roots with some of that San Francisco Bay Area flavor."

Each time Michael performs his touchdown dance on the field, Ubisoft and The Hip Hop Dance Experience will make a charitable donation to the Boys & Girls Club. Fans can help Michael name his dance move by tweeting their ideas to his Twitter handle: @KingCrab15. Michael will select the best suggestion and fans can see it in action whenever he reaches the end zone this season.

Michael joins All-Pros LeSean McCoy and Von Miller as football players who have drawn inspiration from The Hip Hop Dance Experience for their on-field celebrations this season.