Hollywood is focusing on the 85th Academy Awards, which occur February 24. One of the movies up for Best Animated Feature is Disney Animation Studios’ Wreck-It Ralph. Director Rich Moore worked with game publishers like Sega, Capcom and Namco Bandai to bring some of their beloved video game characters to the big screen in tandem with original characters like Ralph (John C. Reilly), Fix-It Felix Jr. (Jack McBrayer) and Sergeant Calhoun (Jane Lynch). Moore talks about the movie, which comes home on March 5, in the exclusive video interview below.

"I've been talking to Ms. Pac-Man as a date. She's back on the market," Moore told USA Today after the nomination. "She and Mr. Pac-Man split up years ago. It's been under wraps."

The game industry is riding a wave of positive buzz with Hollywood awards shows. Composer Austin Wintory was nominated for a Grammy Award for his video game soundtrack for thatgamecompany’s Journey PlayStation 3 game. 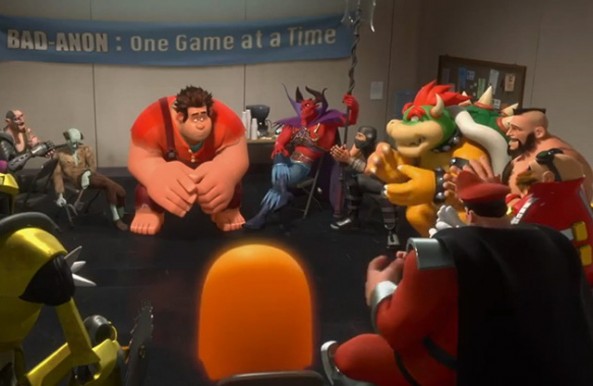