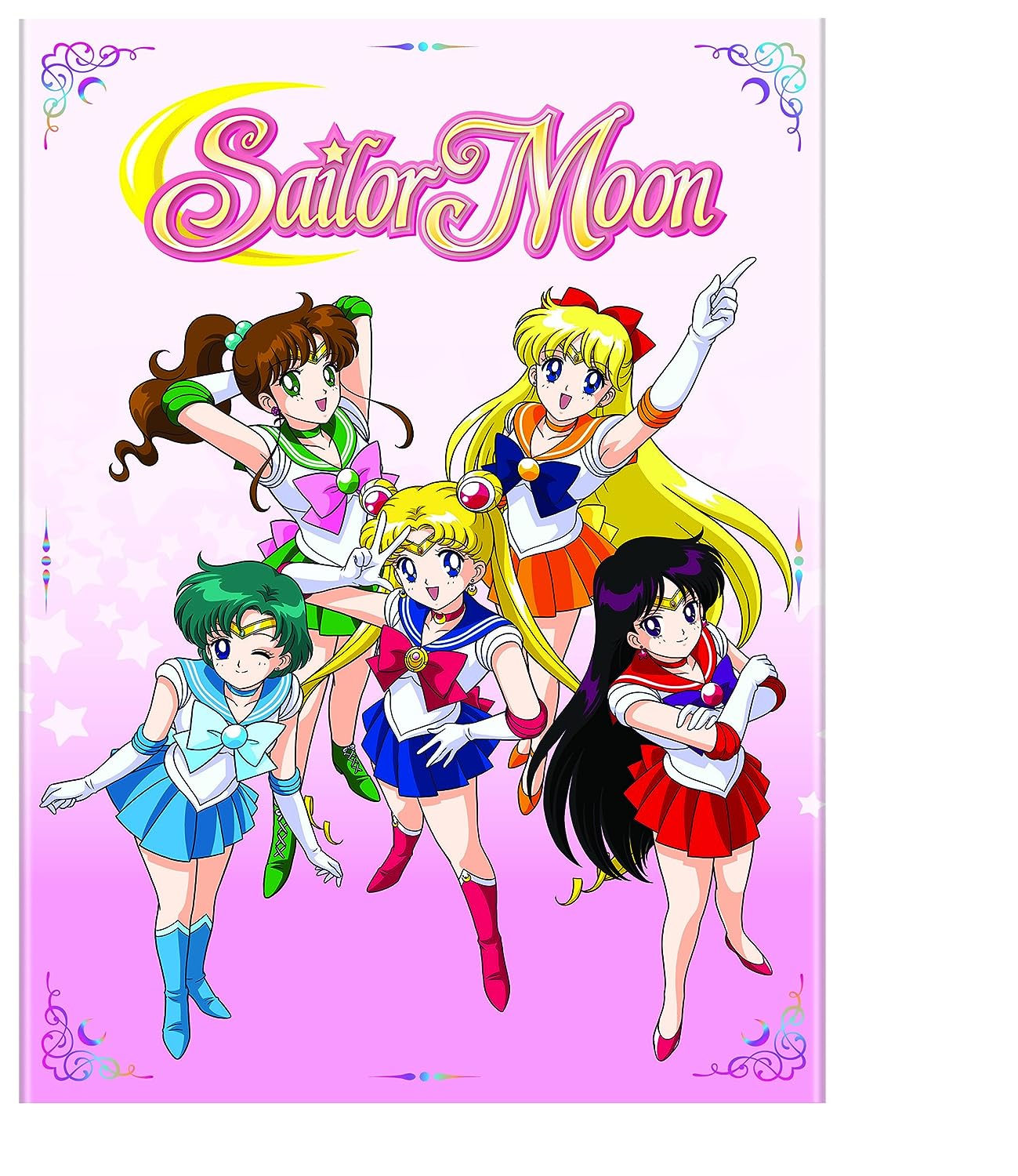 In the first volume of the Sailor Moon DVD, you were just staring to figure out what middle school student Usagi Tsukino was getting into as the Pretty Guardian, Sailor Moon. Sailor Moon, Mercury, and Mars were handling things the best they could and that was working for the moment. It’s during the second volume that things get real for the guardians.

For starters the second volume is much darker in comparison to the first half of season one. Without giving away too much, death is a common theme this time and it starts with Nephrite being killed by the Dark Kingdom. Naru, one of Usagi’s classmates falls in love with Nephrite. Nephrite, in turn, actually falls for Naru but loses his life protecting her from said Dark Kingdom. That was just the beginning and the season only gets better from there.

Love is another theme that shows up quite a lot in the second half of season one. If it wasn’t Sailor Moon’s complicated relationship with Tuxedo Mask, it was Sailor Mars, Rei, being in love with Mamaru Chima, in reality Tuxedo Mask. The girls are in middle school just figuring things out so why wouldn’t love play a large part in the “pretty” guardians lives.

Two new guardians were introduced in this volume. Sailor Venus was mentioned as Sailor V early on in the series and as the star of the manga Usagi and Rei were fans of. My favorite Sailor Guardian, Jupiter, was introduced to the guardians by helping Sailor Moon without hesitation. Sailor Jupiter was only thinking about helping Sailor Moon, something like that is a top priority for a guardian to do.

As anime series progress, you expect them to reuse story ideas and material. The only things that were reused were attack animations and music but that didn’t bother me. I was enjoying the music because it gave the show an 80’s vibe even though it was brought over to the USA in the 90’s. It also made the screens that were used in every episode like when Sailor Moon would use the Moon Stick/Moon Healing Escalation to heal the “monster of the day” more tolerable. Shows like this reuse animations and that’s something you need to have in your mind going in and can’t let it bother you.

As I mentioned in the first volume review, I didn’t know what to expect from the new voice actors coming on board for the redubbing. I was feeling the same way about the second volume, especially since I was a fan of Sailor Jupiter( did I mention that?) and really enjoyed the voice work of Susan Roman. It only took me a few minutes to enjoy the new voice actress, Amanda Miller, as Jupiter since she had very good timing and sounded similar to Susan Roman.  As for Sailor Venus, the minute I found out Cherami Leigh was playing the role was the minute I knew I wouldn’t have a problem with casting. Leigh has done some of my favorite characters voices like Asuna from Sword Art Online and Cecily Campbell from The Sacred Blacksmith.

The DVD set has the basic extras, such as dubbing the signs on English as well as songs. It also has clips and interviews from conventions covering Sailor Moon Day as well as a trailer for the first DVD set. The clips show just how popular the Sailor Moon series was and still is. I felt that there could have been more special features but it doesn’t take away from the DVD set, it just could have added something.

You find out the backstory for Princess Serenity and the Moon Kingdom during the Dark Kingdom’s attempt to find the 7 rainbow crystals and revive the monsters that came with those crystals. You’ll just have to watch the series to find out how Usagi and Princess Serenity are connected and how Tuxedo Mask plays a role!

To recap, fans of Sailor Moon will want to get their hands on the season 1 volume 2 DVD to relive memories, if you grew up on the series, or to see it for the first time. The Pretty Guardians go on an emotional roller coaster that most middle school students shouldn’t have to deal with, like love and fighting monsters. The additions to the cast have the feel that they’ve been apart of the series since the start. There are a few “guest star” voices that anime fans will know but I’m not going to spoil it for you. Sailor Moon is the typical anime that gives you thrills, chills, and spills and the occasional moment out of left field that totally catches you off-guard.