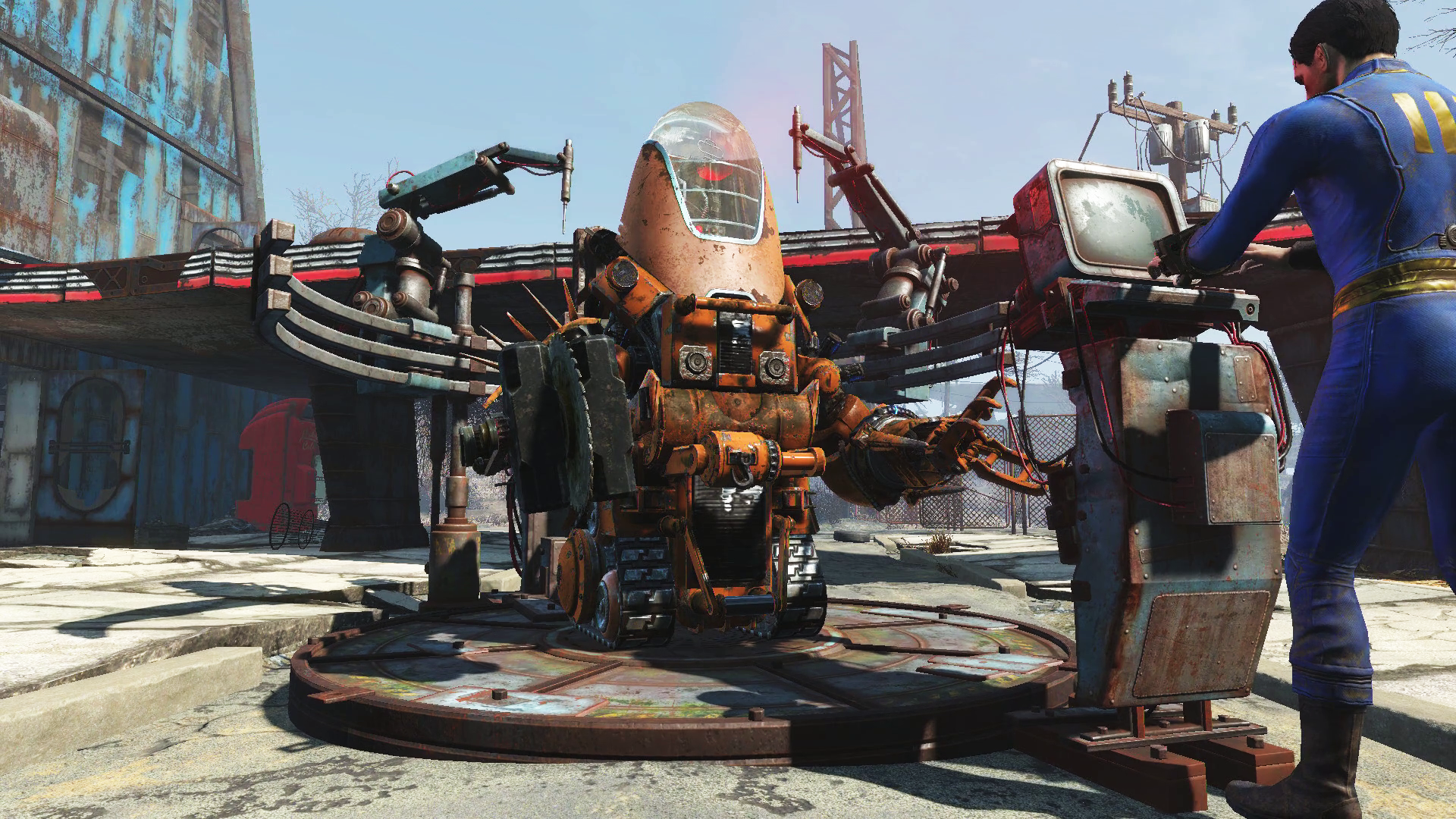 Fallout 4 was one of Bethesda’s biggest undertakings to date and the post nuclear attack role playing game will be getting even bigger.

Downloadable content will be coming to Fallout users over the course of the year and it starts with Automatron. Automatron is available for ten dollars for the PlayStation 4, Xbox One, and PC.

Robot builders will be in heaven for the first DLC when it comes to Automatron. Robots have invaded the Commonwealth and it’s up to you to stop them!

The Mechanist is the evil mastermind behind the robot attacks and you have to use all your robot building/destroying skills to take the invasion down. You’ll have to deal with the infamous Robobrain as well during this threat.

The reason why I mentioned Robot builders before was because you can use the defeated robots as parts to build your own robotic army to combat the Mechanist.

This adds another level of customization to the game where you can build your robots really anyway you like. It just depends what parts you find during your expeditions and what robots you destroy along the way.

You’ll be able to pick their limbs, armor, abilities, and weapons. New weapons that will be in your arsenal include the lightning chain gun! The custom features go even as far as setting the paint job and voices of your robot super army. Make sure you pick the best because you will need the best to handle the Mechanist and his robotics horde.

As I mentioned in my full review of the game, Fallout 4 has that 1950’s feel to it and the Mechanist adds to that feel as well. The robot invasion has that “War of the Worlds” feel to it. The Mechanist sounds like he would fit in perfectly as an old-school super villain and the robot henchmen add to that.

The controls are still a little buggy and that adds to the difficulty level of the game and the DLC. Fallout 4 is already tough but the control issues hinder the gameplay.

The robot swarms gave me the same problems the swarms in the main game gave me. Their group would attack with too many robots too fast and would take my group out.

It’s these reasons that I’m giving the Fallout 4 DLC, Automatron, for the PlayStation 4 an 8/10.