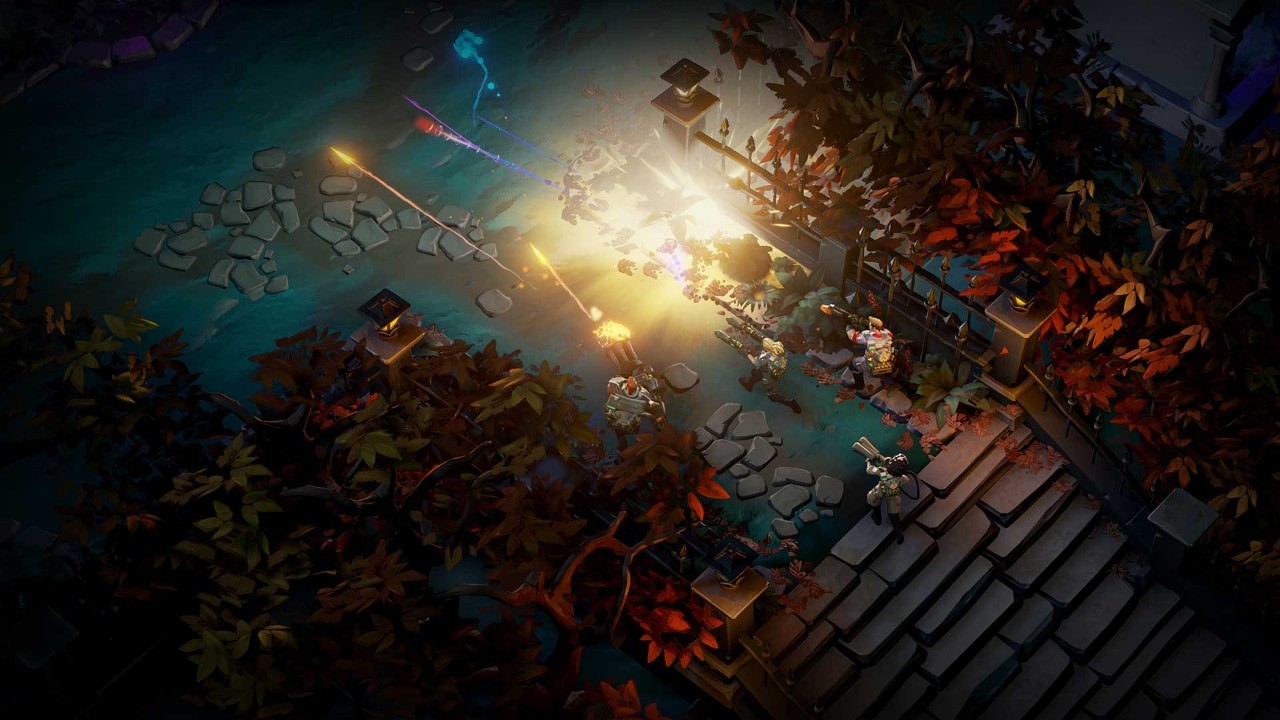 The summer movie season is in full swing and one of the upcoming franchises that everyone was looking forward to is the new Ghostbusters movie. When a big franchise releases a new movie, they usually release a tie-in video game to go with it. The new Ghostbusters video game, from Activision, is in theory a tie-in game since the events of the game take place after the new movie. Take a look and see if there’s something strange in the neighborhood!

Now that I’ve gotten the Ghostbusters clichéd sayings out of the way, it’s time for what you’ve been waiting for, the information. When you first take a look at the game, you’re greeted with the original theme song so it’s off to a good start. Unfortunately, it all goes downhill from there. I’ve mentioned in the past that tutorial levels are good for games if they have been properly.

Ghostbusters has a tutorial level that feels like it fits perfectly and by perfectly, I mean that the level isn’t too long and you get a real feel of the controls. You get to learn how to use your proton pack and your other ecto-themed weapons! Also, since the level isn’t too long, you don’t feel like everything you learned has been put into the level because it’s a tutorial level. When you finish the level, you get to see how the game has RPG elements built into it. You get to level up different abilities/characteristics for your 4-player Ghostbusters team.

The game allows up to 4 players to fight ghouls and you can play online as well. The main comparison to a previous game was Gauntlet. Having a four-person team to lead through different levels, each with different weapons and play-styles just screams Gauntlet to me! You have your all-around character, you have your quick mover, you have your strong guy, and you have the informational smart one!

The more ecto/currency you collect in the level, the better chance you have to level up your character and their abilities. An issue I had with the level-up system is that only the character you’re playing as gets leveled up, you will need to play as all the characters multiple times to get them to a high level and have strong weapons/abilities.

The writing in the game is hit or miss sometimes but the voice acting makes up for the so-so writing. These are rookie Ghostbusters who are going to be smart-asses at times and the writing gives them that feel. There are serious conversations going on and then one of the playable characters says something, albeit funny, but smartass-ish. Sometimes that gives the game the feeling of trying too hard with the writing. What I mean by that is the game throws in one-line zingers for no reason sometimes.

Ghostbusters gives off that repetitive feel to it but role-playing games have this issue all the time. You will need to replay levels over and over to collect all the hidden items as well as more ecto/currency to level up your characters to make sure they can handle the later levels! During gameplay, you get hit with the repetitive feel plenty.

The levels feel like they’re going to go on forever and when you find one of the hidden items strewn throughout the level, you need to take down a ghost. In true “Luigi’s Mansion” fashion, you need to attack the ghost to make them weaker first. Then use your capture beam to weaken it more and slam said ghost to the ground. Then all you need to do is use your Capture device to trap it, while having the ability to gain more points and hearing your character give the same dialogue over and over. If you want the most points, you will be hearing the same lines many, many times.

During gameplay, it was tough to lineup my shots with my proton pack. You needed to line up the perfect shot at times because the enemies are small and attacks need precision aiming. I have never liked aiming with the right control stick but it looks like more and more games are going this direction.

It’s these reasons that I’m giving Ghostbusters for the PlayStation 4 an 8.5 out of 10. I would like to thank Activision for providing the review code.