Nintendo has revealed new details about SiNG PARTY, the new singing-and-dancing game for WiiU that turns living rooms into concert venues. The game will launch alongside the Wii U console on Nov. 18 at a suggested retail price of $60, and includes a microphone. Wii U owners can also download the game directly from the Nintendo eShop for $50, though they will need to obtain a compatible microphone separately. The game is backward compatible with all licensed Wii microphones, while new microphones will be available at a suggested retail price of $25 each. 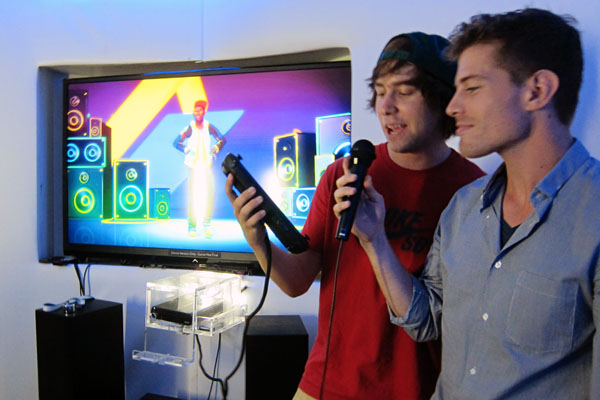 The game includes a wide variety of music from many different genres and eras, with a primary focus on creating the best party atmosphere for both singing and dancing. Artists like Rihanna, Jackson 5, Lady Gaga, The Wanted, James Brown, The Village People and Selena Gomez & The Scene blend together to create a perfect party playlist for everyone young and old. Additional songs will be available starting in 2013.

SiNG PARTY includes a variety of different modes to let people have fun in different ways. For example, in Party Mode, lead singers read the song lyrics on the Wii U GamePad, allowing them to face their audience and move around the living room instead of staring at the TV. The audience joins in the fun by following the cues from the performer, singing the background vocals and dancing along with the moves shown on the TV screen.

In Sing Mode, players can sing by themselves or as a duet with harmonies. As the song is performed, their vocal qualities are scored and evaluated on the TV in real time. Players can also split into two groups for Team Mode, which lets players face off against their musical rivals as they rotate through different game modes.

See what deals Nintendo has for the holidays