Square Enix has unleashed Final Fantasy All The Bravest on iPhone, iPad and iPod touch devices, priced at $3.99. The game features the Active Time Battle system is back with the largest parties in Final Fantasy history. The game is a touch-action RPG in which you continuously battle enemies to advance through the game’s many stages. Defeating foes earns you the experience points you need to level up, which in turns grants you character slots to add more and more members to your party. 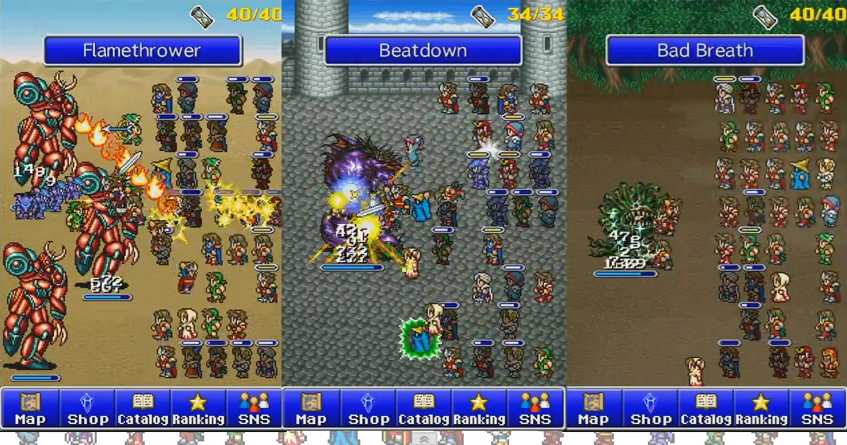 Combat is based on the classic Active Time Battle (ATB) system of the Final Fantasy series. Every character possesses an ATB gauge that displays the time remaining until that character can execute an action. When the gauge is full, simply tap or drag your finger over the character to attack. Touch multiple characters in quick succession to experience exhilarating and fast-paced battle unlike anything you’ve ever played before.

Once every three hours, the Fever option will appear. Once activated, you will be able to attack without waiting for ATB gauges to refill as long as the chocobo-themed music is playing. Deal as much damage as you can before the battle fever ends.

Gamers can progress through the game to unlock over 20 different classic jobs, including warrior, monk, red mage, and more! Each job brings its own special abilities to the battleground, where you will encounter timeless Final Fantasy foes such as behemoths, bombs, and cactuars. At the end of each stage waits a harrowing encounter with a fiendish Final Fantasy boss.