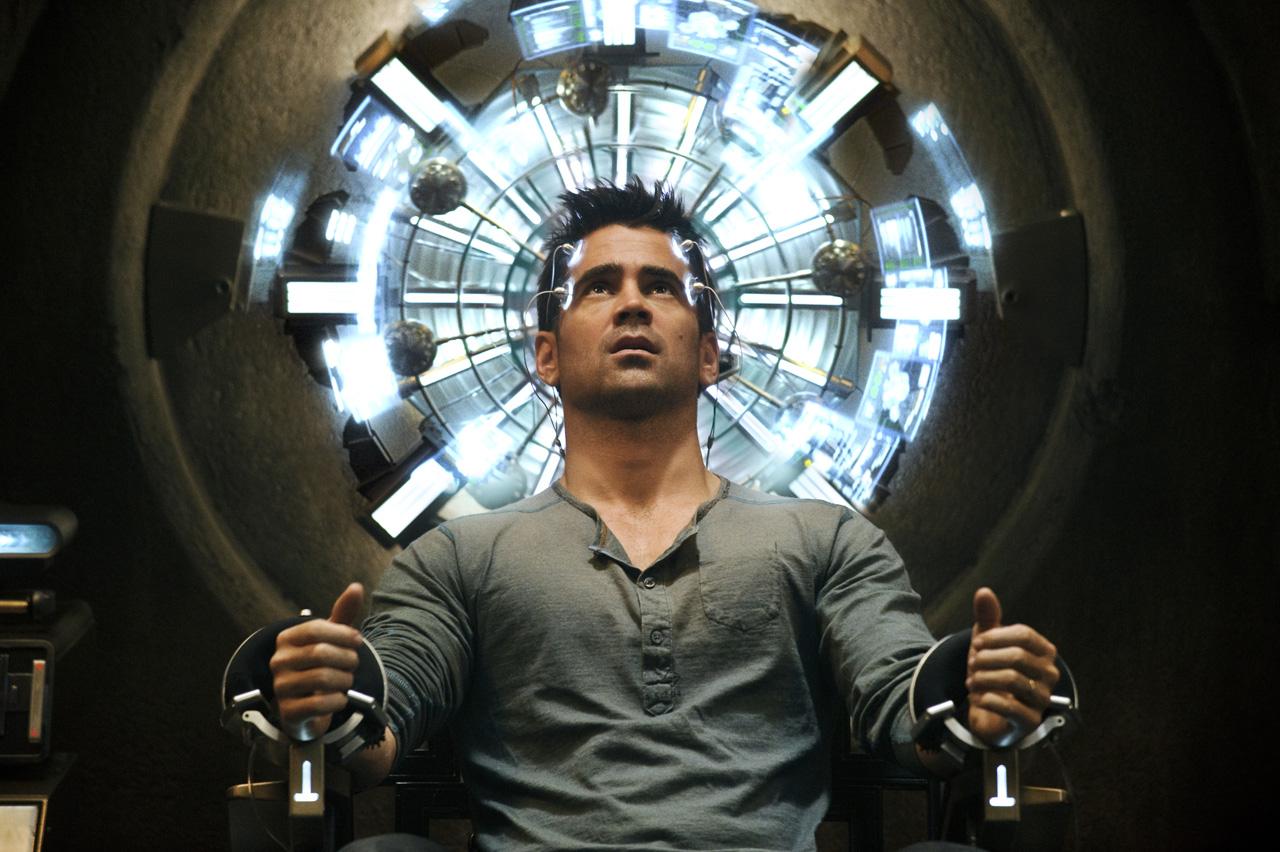 Disc one is a Blu-ray that includes the theatrical feature film and an all-new Extended Director’s Cut, which includes 20 minutes of footage not shown in theaters, featuring new storylines and an alternate ending, as well as commentary by director Len Wiseman.  Disc one also comes with Total Recall Insight Mode, allowing viewers to watch the film while engaging with scene-specific behind-the-scenes insights.

Disc two is a Blu-ray with a gag reel and multiple featurettes. Science Fiction vs. Science Fact provides a closer look at the futuristic moments in the film through the lens of a technology expert. Designing the Fall gives a behind-the-scenes look at set production. Blu-ray exclusive featurettes include Stepping into Recall, diving into pre-visualization sequences of the intense fight and chase scenes, and seven Total Action featurettes, breaking down key action sequences and stunts. Also included on disc two is a playable game demo of God of War: Ascension, the newest installment of the multi-million selling God of War® franchise from Sony Computer Entertainment Worldwide Studios (SCE WWS) Santa Monica Studio, available only for the PlayStation 3 (PS3) computer entertainment system. This demo is available exclusively to the TOTAL RECALL Blu-ray for a limited time (Dec. 18 through Jan. 8), prior to its March 12, 2013 release.