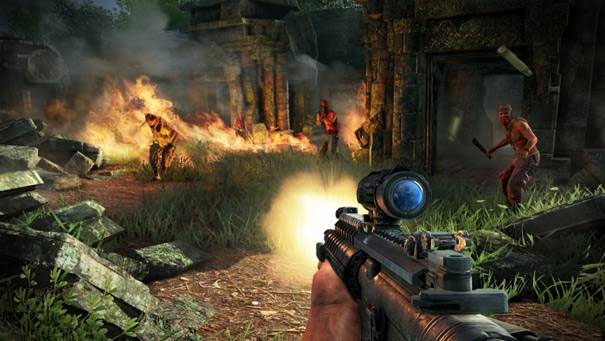 Ubisoft revealed today that they are bringing the “Deluxe Bundle” DLC pack for the Far Cry series, specifically far Cry 3. It will be available to download on the Xbox 360, the PS3, and PC. The bundle includes: six single player missions, new animals to hunt, new weapons, Hurk and the monkeys (new characters) and new end of match movies which include Hurk and those monkeys. The “Deluxe Bundle” has the DLC from The Lost Expeditions, The Monkey Business Pack, The Warrior, and The Predator Pack. This bundle is a “best of” bundle with what it has from the other DLC packs. The DLC will set you back 10 bucks on the Playstation network and 800 pts on Xbox Live.