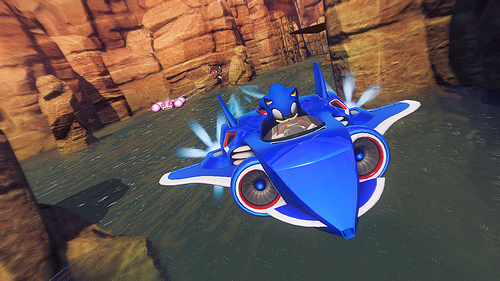 SEGA of America as well as SEGA of Europe have announced today that the PC version of Sonic and All Stars Racing Transformed will feature game characters from the developer, Valve. Players will be able to race as Pyro, Heavy and Spy from Team Fortress 2. The game will be available for digital download January 31st. The game will have other new characters such as Shogun of the Total Warseries as well as Manager Man from the Football Manager series. The game will set you back 30 bucks (USA) and 25 bucks (Europe) respectively.