The wait is over. Call of Duty: Black Ops II is now available at retail locations across the globe. The highly-anticipated sequel to the best-selling Xbox 360 and PlayStation 3 console game in history has been called the most ambitious Call of Duty ever, pushing the boundaries of the blockbuster franchise to new heights by propelling players into a world full of advanced weaponry, robotics and drone technology in the year 2025. Call of Duty: Black Ops II, which has shattered pre-order records set last year by Call of Duty: Modern Warfare 3, is on its way to a historic launch, and is poised to usher in a new era for the 30-million Call of Duty fans worldwide with a host of new innovations to deliver the complete gaming experience. Providing great value to the Call of Duty community, Activision’s Call of Duty Elite services for Call of Duty: Black Ops II are free, providing fans with deeply integrated features, including Clan Operations, Zombies, Leaderboards and more. 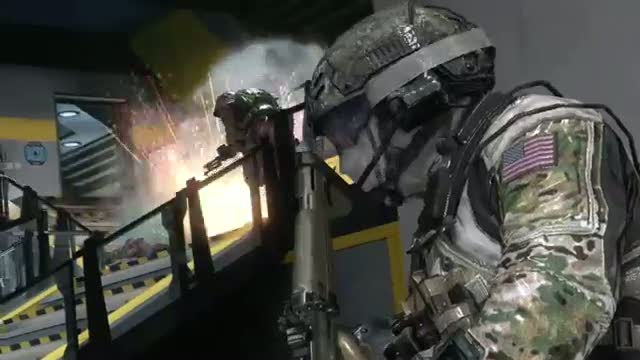 Activision kicked-off the celebration overnight as eager fans lined-up at midnight across an unprecedented 16,000 retailers around the globe from Sydney to Dubai to Paris to Los Angeles to get their hands on Activision and their award-winning studio Treyarch’s new release.  Anticipation for the title has reached a fever pitch and is expected to be the biggest game launch of all time, as GameStop Tony Bartel recently noted.

"From the very beginning, our goal with Call of Duty: Black Ops II was to deliver a new high watermark for the franchise.  And thanks to the hard work and creative brilliance of our team at Treyarch, I think that's exactly what we've done," said Eric Hirshberg, CEO of Activision Publishing. "In addition to an amazing and innovative game, we're also proud and humbled to see the launch of Call of Duty: Black Ops II creating yet another legitimate, pop cultural phenomenon."

“From day one, we’ve pushed ourselves to make the best gaming experience of our lives and I am so incredibly proud with what this team has created with Call of Duty: Black Ops II,” said Treyarch Studio Head, Mark Lamia. “Our vision has been to deliver the complete package something for every type of player.  Beginning with the single player campaign, Treyarch introduces things that you’ve never seen in the Call of Duty franchise before, like branching storylines, non-linear missions and customizing player load outs; or multiplayer, where we’ve re-written the rules with an all-new Pick 10 Create-A-Class, Score Streaks, and entire suite of eSports competitive features like CODcasting, Live Streaming and League Play that further makes Call of Duty a spectator sport; all the way to our biggest Zombies experience yet, which has three modes of play by itself it’s been an absolutely amazing experience developing Call of Duty: Black Ops II."