NEW ORLEANS -- Although the New Orleans had a bad year on the football field when it comes to their 7-9 record, Drew Brees broke more NFL records and continued to throw tons of touchdowns. The Super Bowl XLIV MVP has served as an ambassador for the Crescent City this week. His duties included defending his Madden Bowl Champion title at Madden Bowl XIX at the Bud Light Hotel in front of a packed crowd of over 5,000 revelers. 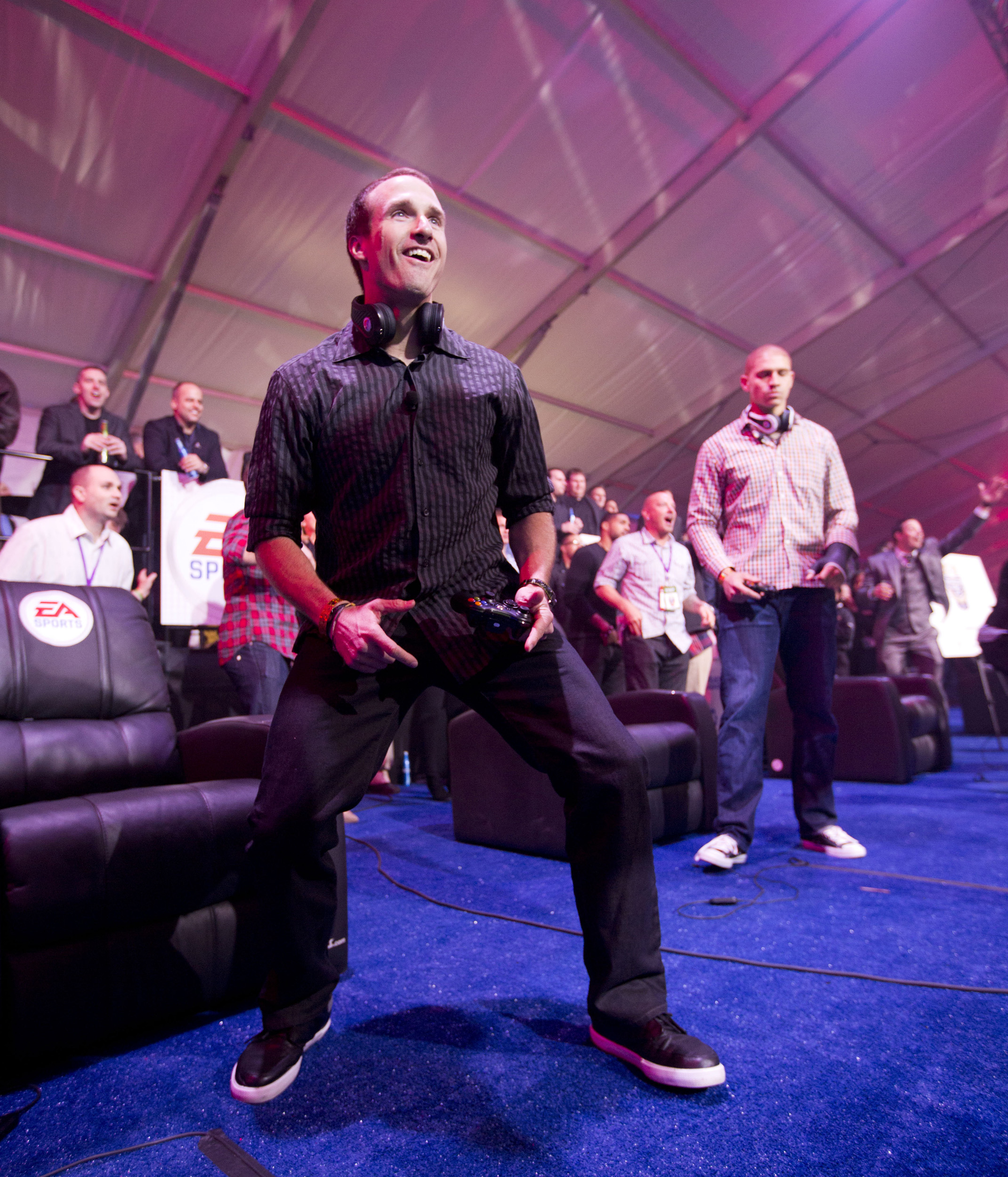 Brees and teammates Jimmy Graham and Mark Ingram, dubbed the Home Town Heroes by EA Sports in the four-team tournament, ended up getting knocked out in the first game. But Brees and company put on quite a show in a game that came down to the final seconds. And they were beat by the ultimate winners of the tournament – the NFL Draftees (Florida State quarterback EJ Manuel, Oregon running back Kenjon Barner and Michigan quarterback Denard Robinson). Brees talks about the Madden football franchise, which turns 25 this year, in this exclusive interview.

It just adds to the experience and that’s really what the NFL Experience is all about. It’s when you allow fans the opportunity to go and see what it’s like and feel what it’s like to be an NFL player for a period of time. They have fields out there and the dummies and the cones. Kids are out there running drills and throwing the ball and kicking and punting and playing the madden video games and Kinect games. It just gives them that whole experience. Basically you get to be an NFL player for a day.

Do you ever feel like you’re in the middle of a video game when your Saints offense is clicking out there on the field at 100 percent?

Yeah. Yeah. It does. And I think that’s when you feel you’re operating at a high level in it. We even joke around that if you put a bunch of big numbers and score a lot of points it’s like yeah, “Those are video game stats. Those are Madden stats.” We’ll joke around and say that kind of stuff, but I guess the only difference is you’re getting hit in real life and if you’re not  just on the controller. With the video game you’re not getting hit unless you have somebody body checking you while you’re trying to throw the ball or make calls.

Maybe they could add that to the Kinect Madden game next year where people can tackle you?

Yeah. That’d be an interesting feature.