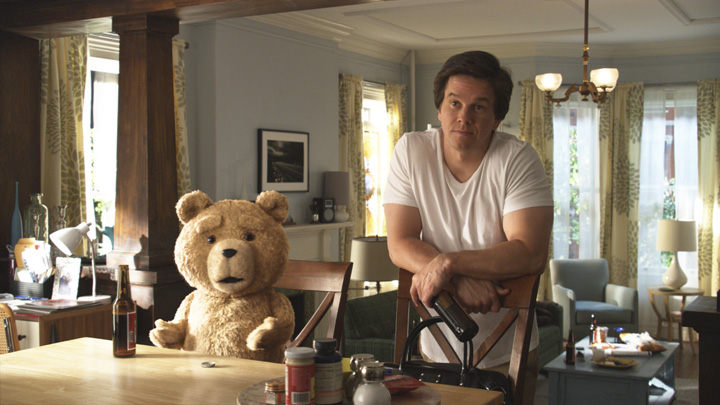 Ted's outrageous, off-color antics won the hearts and minds of critics and audiences alike. A critically hailed blockbuster that took in more than $218 million in North America alone, Ted is the third highest grossing R-rated comedy of all time and scored the highest debut ever for an original R-rated comedy.  Exclusively on the Ted Blu-ray Combo Pack are bonus features that include deleted scenes, alternate takes and a behind-the-scenes look at the creation of Ted's already legendary fight scene.

The Ted Blu-ray Combo Pack also includes a Digital Copy of the film, compatible with iPhone, iTunes, iPad, iPod, iPod touch, Android or online retail partners, as well as UltraViolet.  UltraViolet is the revolutionary new way for consumers to collect movies and TV shows in the cloud to instantly stream and download to tablets, smartphones, computers, and TVs.  Consumers can now truly enjoy Ted anytime, anywhere on the device of their choice.