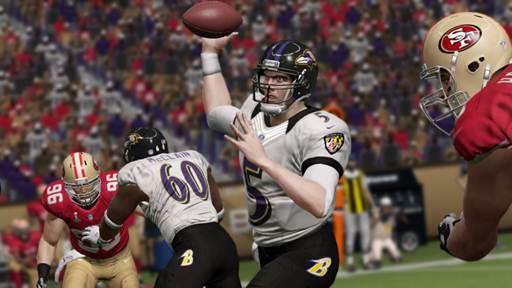 “On any given Sunday anything can happen because there’s so much parity in the league, almost any team can beat another team,” said Cam Weber, general manager of EA Sports football. “We have had fairly good results at having point spreads between teams that are accurate. You can’t account for everything like turnovers or lights going out, but we have an accurate game engine and when our computers are controlling these players, the match-ups are coming across in another way. The actual match-ups of one team versus another comes through in our game.”