Blizzard Entertainment is unleashing StarCraft II: Heart of the Swarm, the first expansion to the bestselling real-time strategy (RTS) game, on March 12, 2013. Heart of the Swarm features a new campaign continuing the epic story of Sarah Kerrigan, Queen of Blades, as she gathers the remnants of the zerg Swarm and plots her revenge against the treacherous dictator of the Koprulu sector, Arcturus Mengsk. It also introduces several new multiplayer units and features that enhance the acclaimed StarCraft II online experience. 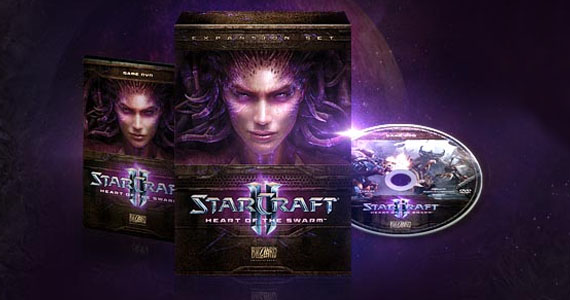 StarCraft II: Heart of the Swarm

Presales for the standard digital and Digital Deluxe versions of Heart of the Swarm are now available. For players who pre-purchase, the expansion content will automatically be digitally delivered via StarCraft II’s streaming launcher prior to the release of Heart of the Swarm. Players who would like to preorder the standard box or the retail-exclusive Collector’s Edition can do so by visiting their local retailer.

“With Heart of the Swarm, our goal has been to expand on the multiplayer action and cinematic storytelling of Wings of Liberty,” said Mike Morhaime, CEO and cofounder of Blizzard Entertainment. “Combined with features like unranked matchmaking and our new leveling system, this expansion elevates the StarCraft II experience for players of all skill levels.”