Metro-Goldwyn-Mayer Studios and Twentieth Century Fox Home Entertainment are partnering with Operation Gratitude to launch the care package initiative Operation Skyfall in honor of the February 12 Blu-ray and DVD release of 007’s latest adventure. Beginning at 10:00am Feb. 12 at the Army National Guard armory in Van Nuys, California, volunteers including military families, war teterans, fans and more will be on hand to assemble up to 7,000 Skyfall branded care packages to be sent to active duty soldiers overseas. The packages will include personal care items such as body wash, deodorant, shaving cream and other toiletries and will feature a DVD copy of the explosive 23rd installment of the James Bond franchise, Skyfall. 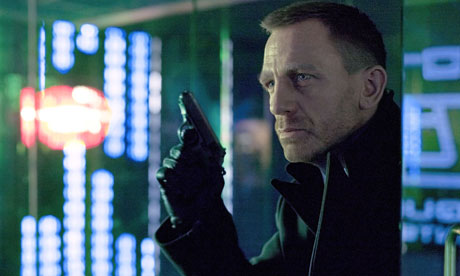 “Skyfall is the most popular Bond film ever made and an action-packed film like this can really boost morale with our troops overseas,” said Operation Gratitude founder Carolyn Blashek. “Operation Gratitude has been supporting our servicemen and women for 10 years and this partnership was a great opportunity to provide some much needed entertainment along with toiletries and personal letters that our Military heroes greatly enjoy.”

Bond fans in Southern California are encouraged to come out and support OperationSKYFALL by helping assemble the packages the morning of February 12 in Van Nuys. Fans can also send donations in the name of Operation SKYFALL directly to Operation Gratitude by visiting www.OperationGratitude.com.

In Skyfall, Bond’s loyalty to M (Judi Dench) is tested as her past returns to haunt her. With MI6 now compromised from both inside and out, M is left with one ally she can trust: Bond. 007 takes to the shadows – aided only by field agent, Eve (Naomie Harris) – following a trail to the mysterious Silva (Javier Bardem), whose lethal and hidden motives have yet to reveal themselves.

Gamers can play through some of the action sequences in the Skyfall mission of Activision’s 007 Legends game, which is available across platforms.