BlackBerry and Unity Technologies are working together to create a Unity deployment add-on product for BlackBerry 10 smartphones, empowering Unity’s over 1.5 million strong developer community to publish their games on these powerful platforms. The deployment tools will also be available for BlackBerry PlayBook tablets when they run the BlackBerry 10 OS. 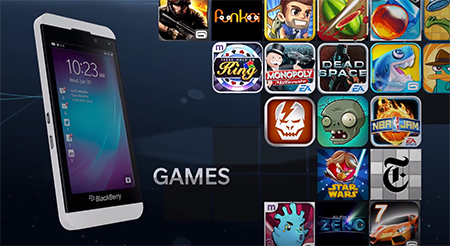 BlackBerry 10 will now be one of the premiere mobile platforms supported by the market-leading Unity engine. The deployment tool is currently in development by Unity Technologies and BlackBerry, and will be released as an add-on option for Unity.

“Unity developers have an extensive catalogue of incredible mobile games, many of which are award-winning. We’re excited to offer Unity developers easy access to the new powerful and rich BlackBerry 10 platform,” said David Helgason, CEO, Unity Technologies. “We’re eager to provide them with another exciting avenue to have their games devoured by an audience hungry for entertainment.”

“One of the driving forces for success for a mobile platform is a strong games offering.  BlackBerry customers have already shown their hunger for mobile gaming, with games being one of the strongest categories on the BlackBerry World storefront and continuing to grow in popularity,” said Alec Saunders, Vice President, Developer Relations and Ecosystems at BlackBerry. “We are thrilled to work with Unity and to propel the momentum we are seeing in games on BlackBerry even further. Soon Unity developers will be able to use this deployment tool to quickly and easily offer their games to BlackBerry customers.”