Life Not So Super For Mario's Brother Luigi

Even on his 30th birthday, the famed video game character remains in his brother Mario’s shadow. The year 2013 brings the 30th anniversary of the original Mario Bros. arcade game, which introduced Mario’s fraternal twin brother Luigi. In terms of celebration, however, Luigi remains strictly second banana; the Robin to Mario’s Batman. 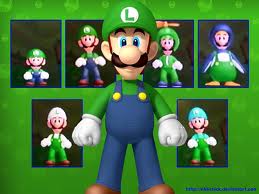 “Robin, at least was his own character,” said Jose Zagal, an assistant professor of game development and interactive media at DePaul University’s College of Computing and Digital Media and author of The Video Game Ethics Reader.

“Though Robin was young and inexperienced, he was portrayed as competent and even somewhat cool. Luigi, however, is often portrayed at best as a clone of Mario and, at worst, the more cowardly brother who still pulls through in the end,” Zagal said.

After Mario made his appearance as a carpenter in the original Donkey Kong arcade game in 1981, he returned as a plumber in Mario Bros. two years later. The two-player nature of the game required the creation of a second character, giving birth to Luigi. He was little more than a clone of the Mario character, but with green overalls.